Netflix and Sandra Bullock are teaming up again on new film 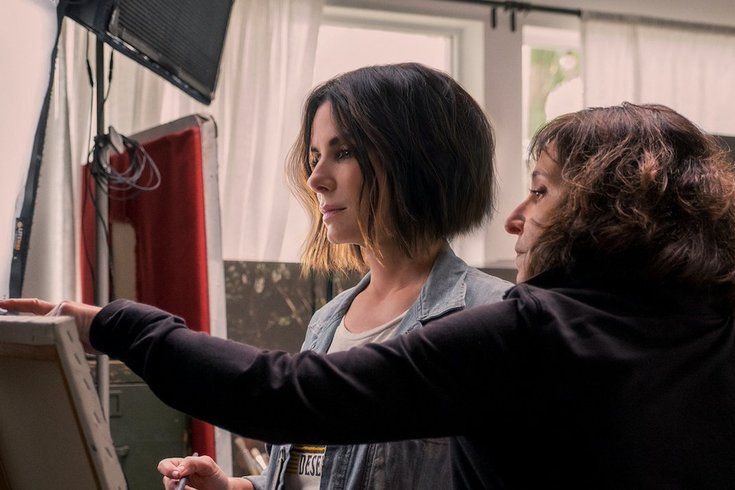 Sandra Bullock and Netflix are teaming up for "Reborn."

After the success of “Birdbox,” Netflix is teaming up with Sandra Bullock for yet another feature, reports The Hollywood Reporter. This series will be based on a sci-fi fantasy comic series, "Reborn," written by Mark Millar and artist Greg Capullo.

The comic book series follows Bonnie Black, an 80-year-old woman, who dies in a hospital and wakes up reborn into a magical afterlife world known as Adystria. Waking up in the prime of her life, she finds herself in a world where good and evil are waging an eternal war. Black is greeted by all of her old friends and family - with the exception of her late husband. With her late father by her side, Black arms herself on a quest to find out where her departed husband is.

Deadline reports Bullock may play the lead, but the film is currently still in development and nothing is official. However, Bullock will co-produce the feature while Millar and Capullo will serve as executive producers. The film will be directed Chris McKay, known for “The Lego Batman Movie.”

Bullock’s “Birdbox” was a runaway success. Netflix reported more than 80 million households watched the film in the first month of its release. The film recently received some heat for featuring footage from a 2013 Canadian train tragedy when a 74-car freight train derailed, causing the deaths of 47 people. After calls to remove the clip from the film, a spokesperson from Netflix said they would not remove it but would take steps to prevent this from happening in the future.

Netflix is in the process of turning several of Millar's comics into reality, including two series for “Jupiter’s Legacy,” and “American Jesus,” and films for “Empress,” “Huck,” and “Sharkey the Bounty Hunter,” which is currently being adapted to screenplay by Michael Bacall (“Scott Pilgrim vs. the World," “21 Jump Street.”) Millar is the comic writer behind several major films, including "Kick Ass," "Kingsman," and "Wanted."