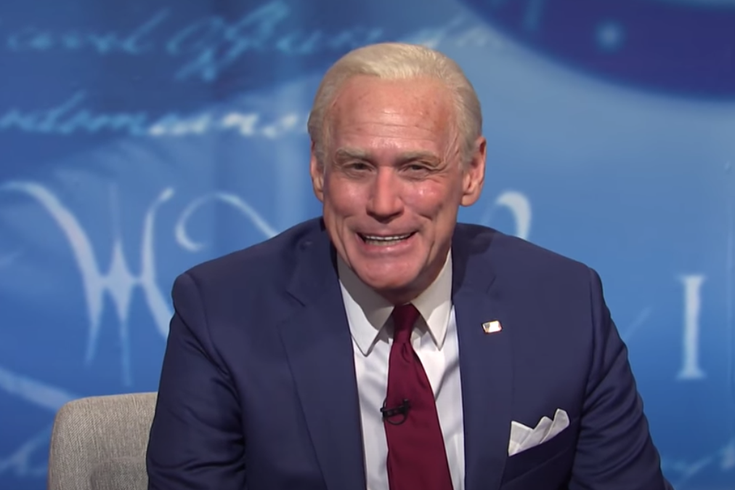 Jim Carrey returned to "Saturday Night Live" to portray former Vice President Joe Biden for the third time in as many weeks this season.

The cold open on “Saturday Night Live” this week focused, not surprisingly, on President Donald Trump and former Vice President Joe Biden’s town hall events from this past Thursday.

While the Democratic presidential nominee held his town hall on ABC with “Good Morning America” anchor George Stephanopoulos in Philadelphia, the Republican incumbent’s event took place at the same time — except that it was on NBC with “Today” anchor Savannah Guthrie in Miami.

The bit, dubbed “Dueling Town Halls,” constantly switched back and forth between the events to make fun of how differently they were operating.

When Carrey comes out on stage and greets the audience at the town hall, he accidentally mistakes one of the attendees for Flyers’ legend Bobby Clarke.

Alec Baldwin returns to play the role of Trump, while cast member Kate McKinnon impersonates Guthrie. You can watch the entire opening segment below.


The Philly region also earned a reference during the “Weekend Update” segment on SNL.

Cast member Colin Jost joked that the racial slurs made towards Pennsylvania Lt. Gov. John Fetterman’s wife, Gisele Fetterman, was “the worst case of racism at the grocery store since every jar of Newman’s Own Salsa.”