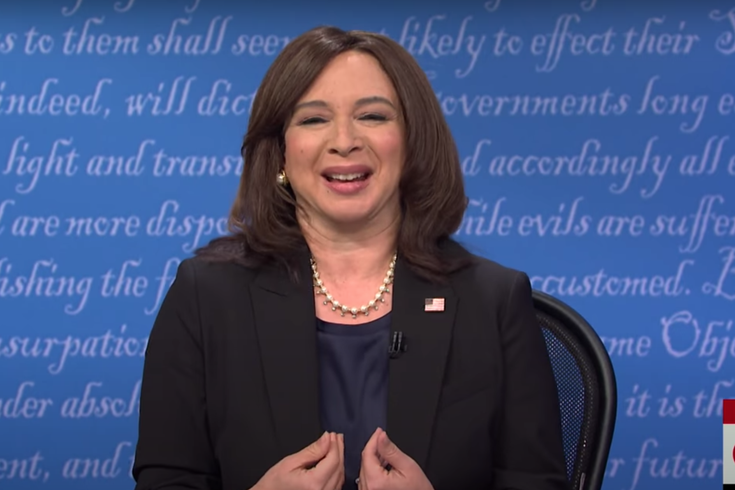 Maya Rudolph’s portrayal of Sen. Kamala Harris has become one of her most iconic skits on “Saturday Night Live.”

Playing the incumbent Republican Pence, Beck Bennett brings up the topic of fracking. The issue was prominently discussed during this past Wednesday’s debate, as Pence accused a potential Biden administration of ending the practice. However, Biden and Harris have both said that they will not ban fracking, citing the number of jobs it creates in states such as Pennsylvania.

The Democratic vice presidential nominee, played by Maya Rudolph for the second time in as many weeks this season, immediately jumps on the topic and pivots it straight to Pennsylvania, prompting her to break out into a fairly accurate Philly accent.

“Now that I know Pennsylvania loves (fracking), I just want to say this. Youz guys can bet on your Wawa cheesesteak hoagies and all the wooder in the Schuylkill River that Joe Biden ain’t banning fracking. Go Iggles,” Rudolph says.

Despite not being from the Philly region, Rudolph’s impersonation of a Philly accent is pretty good. Rudolph’s portrayal of Harris has become one of her most iconic skits on “Saturday Night Live.”

The cold open goes on to address maybe the biggest story to come out of this past Wednesday’s debate: the fly which sat atop Pence’s head for two minutes.