The science of everything: Predicting Oscar winners 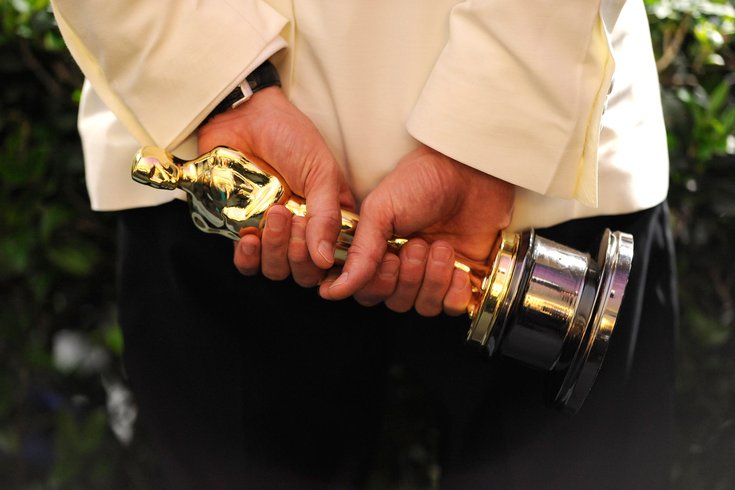 Whether or not you believe award shows are all bunk, hearing the phrase “Oscar-winning” or even “Oscar-nominated” commands a certain degree of attention.

For the average moviegoer, bombarded with hundreds of new films per year, those movies garnering Academy Awards on Sunday night, like all Oscar winners, are recognized as a cut above the rest — at least in Hollywood's eyes.

With most award ceremonies, you come to realize one thing: things don't always go as planned. Sometimes the most worthy contenders aren't even graced with a nomination. Take The Dark Knight, a film universally heralded by critics and viewers alike, that was famously overlooked as a Best Picture nominee in 2008.

The Oscars are known for its fair share of snubs, shocking upsets, and underdog victories. But, with enough information, can Academy Award winners be predicted with some kind of master formula? As with election forecasts, is it possible to use data to peer into Hollywood's crystal ball?

It turns out that many have tried their hand at forecasting the Oscars, with varied success. Overall, it appears to be much more difficult than election forecasting for a number of reasons.

“The Oscars are by, for, and about the film industry, and that needs to be an ingredient in everybody's calculation,” said Andrew J. Douglas, director of education at the Bryn Mawr Film Institute, who has lectured on the history of the Oscars.

Some data scientists have tried plugging in the traits of films or actors that have won awards in years past, like box office revenue and critical acclaim. But that doesn't always work since the people voting — esteemed members of the film industry — will tend to take nuances into account that can't be plugged into a formula.

Take this year's Best Actor as an example. Eddie Redmayne, who played Stephen Hawking in The Theory of Everything, is the perpetual frontrunner. But there's a decent possibility he'll be overtaken by Michael Keaton, up for his role in the ambitious dark comedy Birdman. 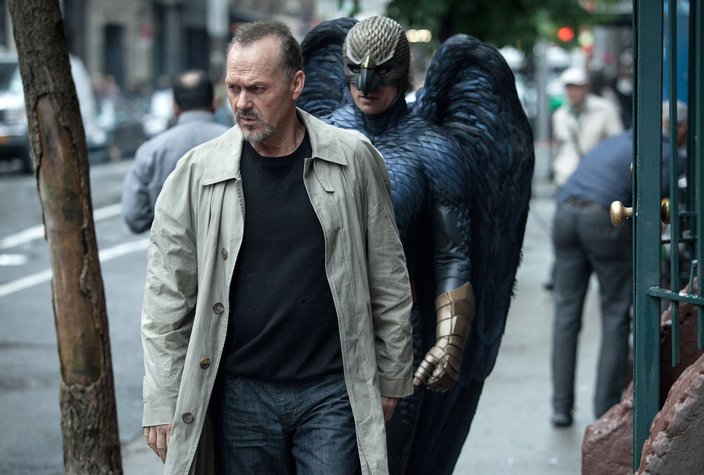 The buzz for Best Actor has been mostly for Eddie Redmayne, but will "Birdman" actor Michael Keaton's long career and nice-guy demeanor help him pull off an upset? (Fox Searchlight, Atsushi Nishijima/AP)

“Some people are saying that Michael Keaton has a very good chance of winning: he's had a long career, he's been a talented performer, and he's a well-liked person, so this is a chance to reward his 30-something-year-long career,” said Douglas. “People don't do that when they're choosing presidents.”

But some data science firms have successfully found ways to input those intangibles into their mathematical models. In 2014, both The Farsite Group and PredictWise correctly called 6 out of 6 top Oscar categories, beating out hoards of film critics and forecasting experts.

Momentum, popular opinion, and controversy have the power to buck trends, say the forecasters at Ohio-based Farsite. Thus, their formula had taken into account real-time data from social listening tools to gauge a film or actor's level of buzz. It also used data from prediction markets like Betfair and Intrade — speculative markets where users can buy and sell contracts on uncertain future events.

Say a contract pays you $1 if Michael Keaton wins Best Actor, and $0 if he doesn't. You would only buy that contract if you felt confident that he'll win. If everyone thought that as well, they would all buy contracts, which would cause the market price to skyrocket. This means the market price can be translated into Keaton's probability of winning the Oscar. If his contract is trading at 65 cents, that means the market's prediction is that his likelihood of winning is 65 percent.

PredictWise, run by Microsoft Research economist David Rothschild, uses Betfair's market prices (see chart at left) to come up with its Oscar forecast. Initially, Rothschild and his colleagues used a huge pool of demographic data for all Oscar-nominated movies from 1978 onwards, including gross revenue, genre, and previous award wins. But they discovered that prediction market data can match the decisions of Academy voters much more accurately.

So who are these elite voters? A few names are known, like Tom Hanks, Meryl Streep and Steven Spielberg. But for the most part, the entire roster is kept out of the public eye. A 2012 investigation by the Los Angeles Times, however, found that the Academy is disappointingly homogenous: 94 percent Caucasian, 77 percent male, and 86 percent are age 50 or older.

“The Academy very much skews older, it very much skews white,” Douglas said. “Certainly its racial or ethnic makeup doesn't mirror the diversity that exists in the general population.”

Membership in the The Academy of Motion Picture Arts and Sciences, a professional honorary organization, is by invitation only. Its more than 5,700 members includes actors, directors, producers, and a whole host of other film-related professions.

The idea that the Academy may not have much in common with the general moviegoing public could skew predictions that use social media or search results. Previously, Google has tried to call Oscar winners based on its website's search volume. In 2011, for instance, it found that the winning film in prior years showed an upward trend in search volume for at least four weeks, with the highest percentage of searching coming from New York.
Based on that pattern, it predicted The Social Network would take home the statue, which had been trending upwards for five weeks. A much more conventional, crowd-pleasing movie, The King's Speech, ended up winning instead.

Interestingly, the process of deciding who gets nominated differs from how the winners among those nominees ultimately get chosen. For the most part, picking the Oscar nominees for each category is restricted to members' own specialty — so actors nominate their fellow colleagues for Best Actor, writers nominate each other for Best Screenplay awards, etc. Nominations for Best Picture are a notable exception that allows votes from all members.

“It was a big to-do a couple of years ago when Ben Affleck wasn't nominated for Best Director, but Argo was nominated for Best Picture,” said Douglas. “People considered that a snub and were confused, but it's easier to fathom if you realize that directors are choosing the nomination.”

But once the nominees are chosen — five in each category except for Best Picture, which can have up to 10 nominees — ballots for all categories open up to the entire Academy for voting. So then you've got directors putting in their two cents for Best Cinematography, and costume designers picking their favorite film editor.

Statistics guru and FiveThirtyEight editor-in-chief Nate Silver, famed for the accuracy of his U.S. election forecasts, thought about this process when creating his mathematical model in 2013 that guessed 4 out of 6 winners. He decided to focus on the film equivalent of pre-election polls: other awards a movie has won, like Golden Globes or BAFTAs.

The better it matched up with Oscars in past years, the more weight that award was given. For example, the same movie has won the top prize at the Directors Guild Awards and the Best Picture Oscar a whopping 80 percent of the last 25 seasons — likely due to the overlap of guild members and the Academy. The Directors Guild pick thus gets weighted much higher than the Los Angeles Film Critics Association award, which only matched the Academy's decision 12 percent of the time.

But ultimately, knowing the voting process gives us non-Hollywood types a great deal of insight — not just as to who might win, but the reasons why.

“At the end of the day, it's an industry awarding itself,” said Douglas. “They know that the Best Picture winner is going to be remembered, so they're thinking about legacy: 'What do we want to say is the best thing we did this year?'”

The Academy Awards are indeed a carefully crafted show for the public eye, chock full of designer dresses, tearful speeches, and an endless red carpet. But underneath the superficial facade, the artistic value of the films still shines through — the technical craftsmanship of Birdman or the visual feast that is The Grand Budapest Hotel — and it will likely continue to do so for many Oscars to come.

That's one forecast we as movie lovers can all get behind.