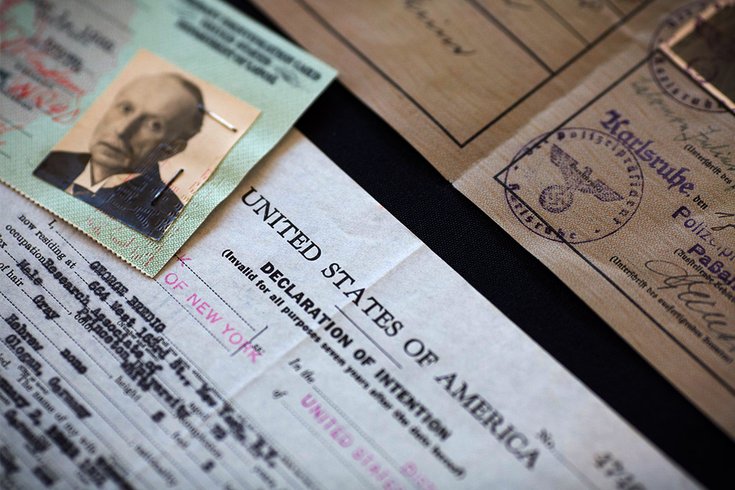 The Science History Institute in Old City has acquired a rare archive from Jewish German chemist George Bredig, an early pioneer of physical chemistry. It contains documents from the early 19th century to the emergence of Nazi power in the 1930s.

The Science History Institute in Old City has acquired a rare archive from Jewish German chemist George Bredig, an early pioneer of physical chemistry. It contains documents from the early 19th century to the emergence of Nazi power in the 1930s.

This is the first time the collection of materials, which includes correspondences, books, photographs, and scientific notes that once belonged to the late chemist, will be made available to the public.

Bredig wrote to his son, Max Bredig, that he knew he needed to protect his collection or the Nazis would likely destroy it. The collection was smuggled to the Netherlands in 1939 and was shipped to his family in the United States in 1946.

The materials include correspondence with pioneers in the emerging physical chemistry field in the late 19th century. Physical chemistry is the study of the behavior of molecules and atoms that make up matter, including how and why chemical reactions occur.

The Science History Institute's collection also contains documents relating to Bredig's escape from Nazi Germany to the Netherlands with the help of his longtime friend, Dutch chemist, Ernest Cohen, in 1939. Cohen, who was Jewish, would later be executed at Auschwitz concentration camp in 1944.

Bredig was offered a teaching position at Princeton University in 1940 and died in New York City on April 24, 1944, due to poor health.

The collection will be available to view at the Science History Institute's museum at 315 Chestnut St. The institute preserves archives and a library in all things related to the history of chemistry, chemical engineering, and life sciences.