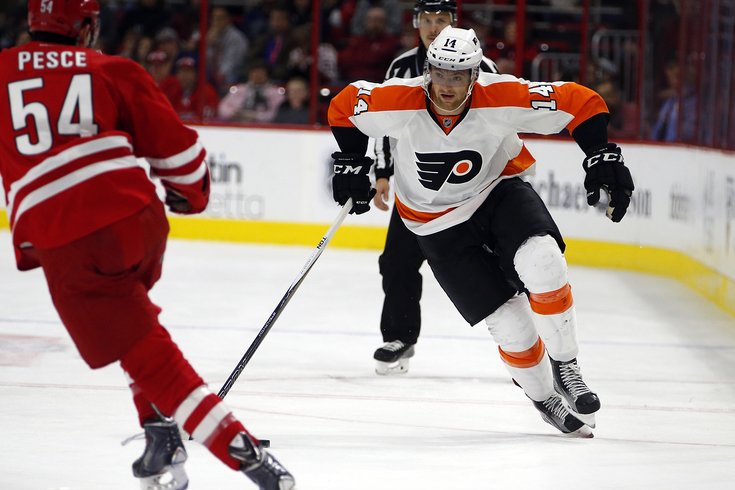 The Flyers may be without captain Claude Giroux for Tuesday night's matchup with the Hurricanes, but they will get a boost in the form of Sean Couturier, who will return to the lineup after missing 12 of the last 14 games with a lower-body injury.

In 18 games this season without the 23-year-old center in the lineup, the Flyers have just five wins, so Couturier's return can't come soon enough, especially with Giroux still sidelined with an upper-body injury he suffered on Friday night in Montreal.

Prior to his injury, Couturier had recorded 16 points (of his 24 on the season) in his last 16 games, including six of his nine goals.

“Just here to try and play my game,” Couturier said after the morning skate, according to CSNPhilly.com.

“[Giroux] is an unbelievable player, probably irreplaceable on this team, but I think every guy has to step up and chip in and try to take over."

They'll need that against Carolina. The Hurricanes are currently a point ahead of the Flyers, who have two games in hand with just less than a third of the season remaining. Heading into play Tuesday night, the Flyers are five points out of a playoff spot.