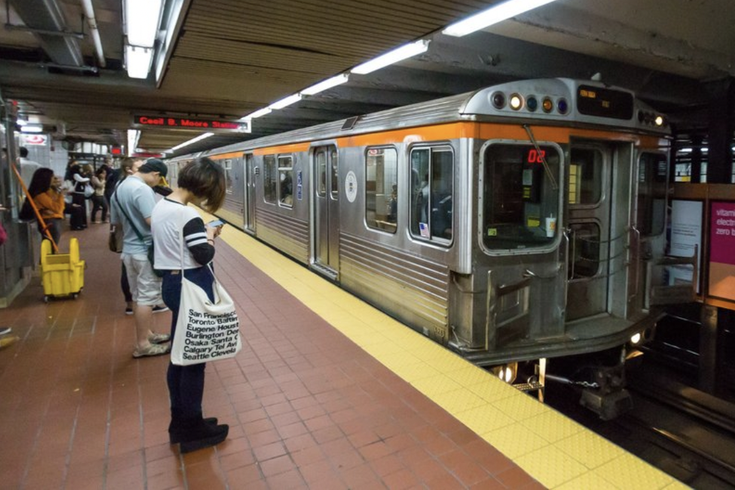 SEPTA announced the groundbreaking of its new accessibility project at the Tasker-Morris Broad Street Line subway stop. The $19 million project will include new Americans with Disabilities Act-approved elevators and is expected to be completed in early 2024.

SEPTA announced the groundbreaking on a new renovation project at one of its busiest weekday Broad Street Line subway stations.

With the opportunity to increase accessibility for all customers, the transit authority announced the beginning of a $19 million project at Tasker-Morris, which will enhance the South Philadelphia station with modern upgrades.

Tasker-Morris, which SEPTA officials estimate sees an average of 3,000 customers on weekdays, will get a new elevator with street-level access to its mezzanine level and another elevator that takes passengers to the subway platform. The elevator upgrades are a part of the accessibility renovations SEPTA is making to comply with Americans with Disabilities Act (ADA) standards and ensure the riding experience is comfortable for all riders.

Other upgrades will include new lighting throughout the station and communication upgrades that comply with ADA standards for passengers who may need some extra help. In addition, waterproofing upgrades, emergency call boxes, new high-definition security cameras, and guard and handrails will be installed.

"Thanks to funding from the Commonwealth and the City of Philadelphia, we are making investments that will improve the mobility and enhance access and support the communities we serve," said SEPTA CEO Leslie S. Richards. "This project is helping to revitalize a critical station, and we look forward to delivering more improvements on the line in the near future."

Tasker-Morris will continue to be open during the construction upgrades, which are expected to be finished in early 2024.

A single-lane closure of Broad Street near Tasker and Morris streets was announced in September and will be ongoing throughout the renovation project.

In June of 2021, the city of Philadelphia and SEPTA teamed up to work on defining accessibility through the SEPTA for All Challenge.

The Inquirer reported back in 2015 that SEPTA was slowly addressing the issues of handicap access at its stations. There are 53 subway stations on the BSL and MFL, and at the time, 35% were not ADA compliant.

The first step in addressing that was elevator installation at the 40th and Market streets MFL station.

Still, there is a way to go in terms of being more accessible to everyone who uses public transportation. COVID-19 only made things worse as stations underwent various closures and some facilities blocked off access ways  and entry points, that have still not re-opened.

My fave part of being a disabled transit rider is 90% of the rail lines, light, heavy and subways, are completely inaccessible to wheelchair users and then THIS happens. Thanks @SEPTA_SOCIAL I love being surprised like this pic.twitter.com/1FpNQZge8y

These upgrades at Tasker-Morris are the next step in a big commitment. SEPTA has a $500 million budget plan to upgrade 14 Broad Street Line and Market-Frankford Line stations to meet accessibility standards over the next decade.

Other stations that will be upgraded by 2032 include Susquehanna Dauphin, Erie, Snyder, Fairmount, Chinatown, Wyoming, Hunting Park, Logan, Ellsworth-Federal, Lombard South, 11th Street, 34th Street, and Spring Garden. By 2024, SEPTA is committed to having 13 of its 22 BSL stations fully ADA accessible.

"I am pleased that SEPTA is making these necessary improvements to the Tasker-Morris Subway Station so that riders with different abilities can more easily access the Broad Street Line," said Philadelphia City Councilmember Mark Squilla. "The lighting and safety enhancements are good first steps to ease the fears of ridership.