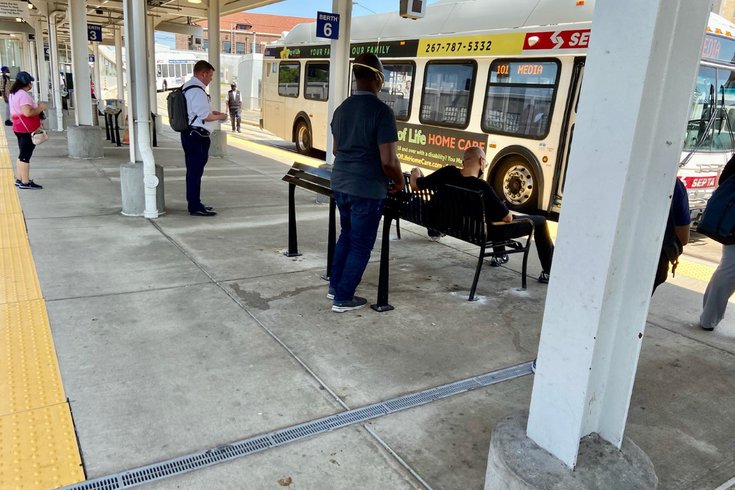 Last October, SEPTA installed 25 "leaners" at two of its most high-traffic stations as an alternative for riders waiting for buses. However, in the 10 months since their installation, some riders have complained about the change.

Andrew Busch, SEPTA spokesperson, told PhillyVoice there are not any current plans to install more leaners at stations in the city.

"I can't say that we've necessarily gotten a lot of positive feedback yet, but I think we still have a long way to go with gathering feedback," Busch said.

While they were installed last October, not many riders noticed them since they arrived mid-pandemic when ridership was at an all-time low. Now, as more riders have returned, they have criticized SEPTA for replacing sitting benches with standing ones.

Anette Seville, a 61-year-old Philadelphia resident, told NBC10 that she needs a bench to sit on because she is still recovering from leg surgery, and that benches are needed for elderly people and those with disabilities.

Busch said there were several factors that led SEPTA to install the leaning benches, including improving foot traffic flow, making the stations easier to clean and promoting social distancing.

"Those bus islands can all get crowded and they can sometimes be tight to navigate for customers," he said. "The leaners just take up less space, so we wanted to see if they help with some of those passenger flow issues."

After complaints started to roll in, SEPTA responded by saying "Due to the pandemic, we determined that traditional benches do not encourage social distancing, nor do they discourage sleeping by individuals that are not SEPTA customers," according to VICE.

Yasha Zarrinkelk, an organizer with Transit Forward told NBC10 last month that the leaners are a form of "anti-homeless architecture."

"To an extent, it is disproportionately targeting vulnerable populations, and it’s sending a message that people who sleep outside are not our neighbors, are not part of our community and that it’s OK for them to be ostracized," Zarrinkelk said.

Busch said the transit system has been working to help address homelessness as a whole through new outreach efforts.

"We're trying to address the root causes of that problem rather than just removing people from the system," Busch said.

It also launched a pilot program to establish a security presence along the Market-Frankford Line, which extends through the fall.

While some 25 benches were removed and replaced with leaning ones, Busch said there are still several sitting benches located at the pilot stations.

"They're intended to be used for a short period of time, while someone's waiting for a bus or a train for the next ride while they're transferring," he said. "We're trying to make these areas as welcoming and safe and efficient in terms of passenger movement as possible for people who are using the system."