The station, which opens August 21, will add Regional Rail service west of Elwyn for the first time since 1986 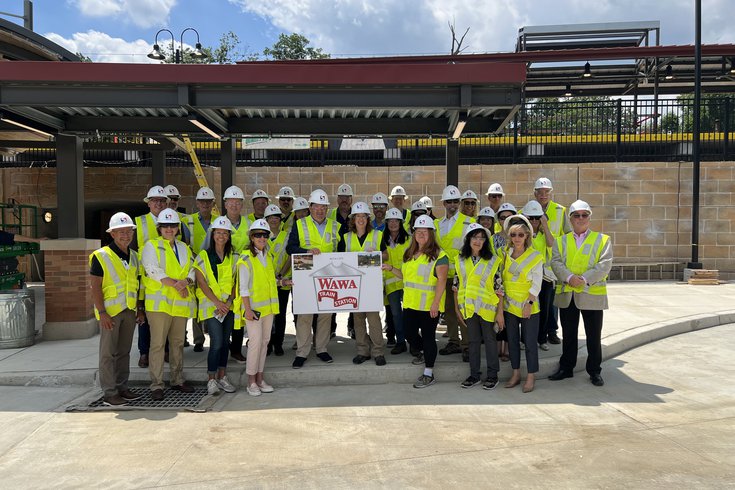 SEPTA is expanding west with its new Wawa Station opening for service on August 21 in Middletown Township, Delaware County. SEPTA trains have not served the area since 1986.

This announcement represents significant progress in SEPTA's multi-year project to restore more than 3.5 miles of service west of Elwyn to the new Wawa Station. SEPTA trains have not served the area since 1986.

Construction for the Elwyn to Wawa Service Restoration Project began in 2018, following slope stabilization and substation work, and is currently nearing completion.

Wawa Station's new building is ADA accessible, with a pedestrian underpass, restroom facilities and a 600-space parking deck. It will have connections to SEPTA Bus Routes 111 and 114.

The new station will bear the name of hometown institution Wawa, thanks to a naming rights agreement announced July 27. The former Media/Elwyn Regional Rail Line will now be called Media/Wawa Line, reflecting the additional terminus of service.

"Wawa is thrilled to partner with SEPTA to relaunch the Media/Wawa Line and provide our friends and neighbors a convenient way to travel from Wawa, Pennsylvania, to Center City Philadelphia and all stops in between," said Chris Gheysens, Wawa President and CEO, in a press release. "We cannot wait to celebrate its return and look forward to being a part of new history through this new station."

The new station is located at 1490 W. Baltimore Pike, across from the Wawa Dairy that has been bottling and distributing milk for more than 100 years and adjacent to Wawa's corporate headquarters.

Service and schedule details for the new Wawa Station will be announced soon.