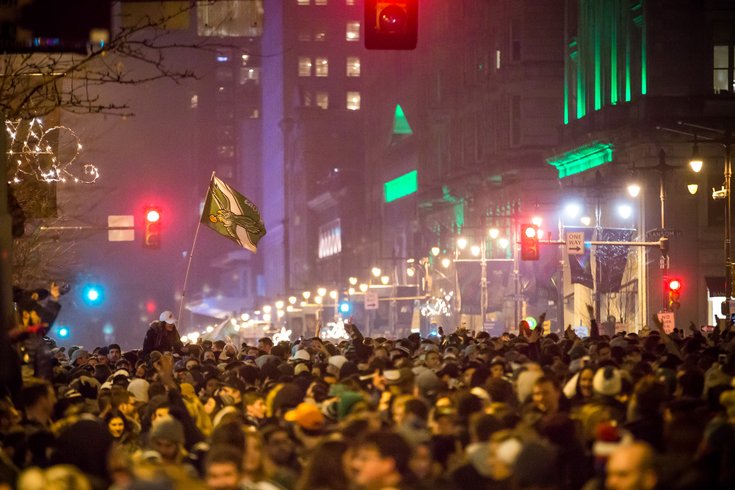 Philadelphia police have identified seven more people who were arrested in connection with the aftermath of the Eagles' Super Bowl win on Sunday night.

The arrests stemmed from six separate alleged incidents of assault, bottle-throwing, vandalism and an altercation with officers who were stationed in riot gear, police said.

The police department announced earlier on Wednesday that it had arrested a 20-year-old Malvern man who was allegedly part of a group of Eagles fans who flipped over a car at Broad and Walnut streets in Center City.

Police continue to look for two suspects who allegedly used a metal pole to break a window at A.C. Moore Arts and Craft store on South Broad Street in Center City. They are also seeking the public's help with finding those responsible for looting and trashing a Sunoco gas station in South Philadelphia.