The 25-year-old calls the track an 'accidental quarantine anthem' 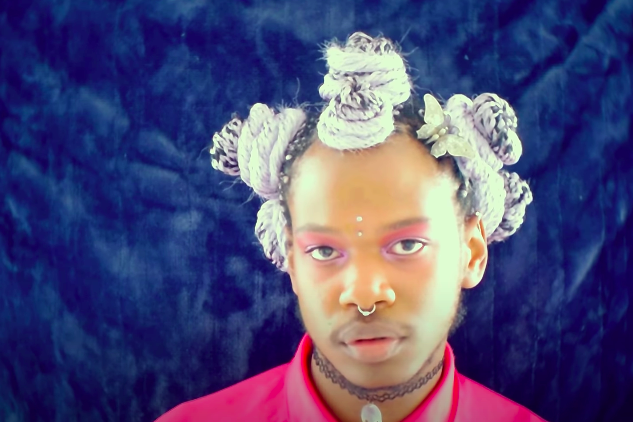 Shamir stars in the 'On My Own' video which he filmed and directed in his Philadelphia home during the coronavirus pandemic.

Shamir released a quarantine-inspired video recorded at his home. It is his first video in nearly two years and accompanies "On My Own" the latest song from the Philadelphia artist.

"On My Own" is about gaining independence after a relationship, and stays in the vein of lo-fi indie rock, only one of many genres with which Shamir has experimented. Last year's album, "Be the Yee, Here Comes the Haw," focused on country music.

The 25-year-old solo musician said "On My Own" is a preview of similar music to come from an album that will be released later this year. It follows "Cataclysm," his full-length album, which premiered in March.

The track also shows influences of Shamir's collaborator on the song, music producer Kyle Pulley of Headroom Studios in East Kensington. Pulley has previously worked with indie musicians Hop Along and Diet Cig.

Watch the video directed by and starring Shamir below.

Shamir filmed the video at home during the COVID-19 pandemic. Unlike many who have been alone during the quarantine, Shamir celebrates his solitude on the track. The singer told Rolling Stone the song is an "accidental quarantine anthem."

The artist also participated in Bandcamp Friday earlier this month, which a series of fundraising days to support musicians during the coronavirus pandemic. On those days, the music platform waives its share of royalties to let artists keep full profits.

Some artists then chose to donate their extra funds, and Shamir's proceeds went towards the Philadelphia Bail Fund and Black Lives Matter Philly. Shamir had released the new track "Something That's Worth My Praises" in support of the day.

Shamir is currently based in Philadelphia, according to his Twitter, but is originally from Las Vegas. The artist self-identifies as queer and non-binary.