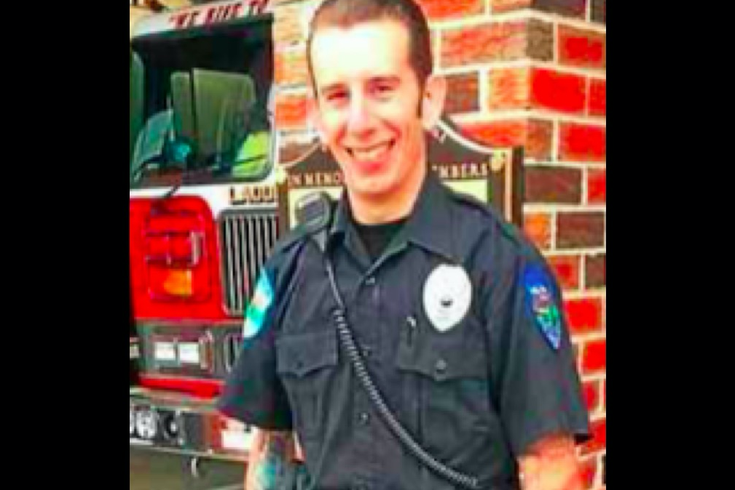 Shayne Gostisbehere had a strong rookie year on the ice, but he was calling someone else a warrior on Thursday.

Christopher Dorman, the 25-year-old Folcroft police officer who was shot seven times a week ago, was paid a visit by Flyers defenseman yesterday and presented with a personalized jersey.

Today, @s_ghost14 visited Officer Christopher Dorman of the @FolcroftPD. Our thoughts & prayers are with you, Chris! pic.twitter.com/FfTfw6ofk2

All of the officers and their families enjoyed the visit @NHLFlyers Officer Dorman was shot 7x on Friday pic.twitter.com/xLTmiwgb3r

Dorman was shot in the face after approaching people that he believed were smoking marijuana behind an apartment building. Gostisbehere, the runner-up finisher in Calder (NHL's top rookie) Trophy voting called the officer a hero (via 6ABC):

"When you look at a role model, people see hockey players and athletes, but we see police officers, firefighters. To see what he's going through now and see how much of a warrior he is, this guy is walking around right now and it was a week ago. It's pretty amazing and I 'm pretty sure kids are going to be looking up to him.”

After undergoing surgeries earlier this week, Dorman was released from the hospital. His alleged shooter, Donte Island, is currently in police custody.