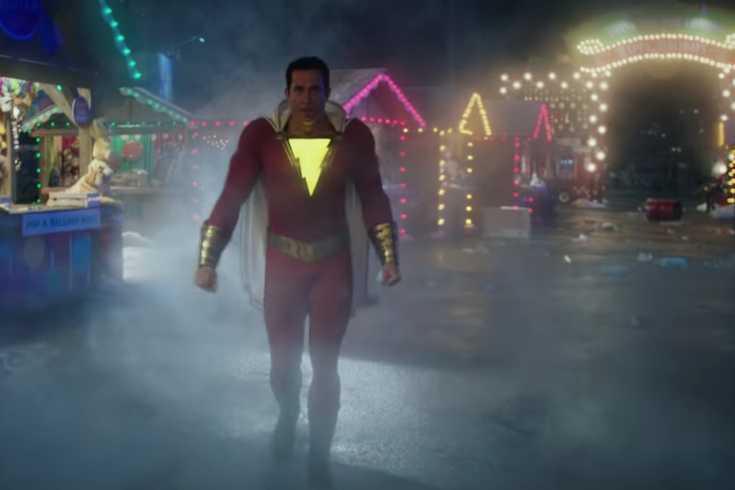 A sequel to 2019 Philly-based superhero film "Shazam", tentatively titled "Shazam 2", is officially in the works, and is currently aiming for an April 2022 release.

Where plenty of superhero films create their own sprawling megalopolises, like Gotham City and Metropolis, 2019's "Shazam!" was canonically set in Philadelphia, a refreshing change of pace from the DC Extended Universe. The film showed off a number of Philly landmarks, actually filmed here, and was ultimately well-received, if under-appreciated.

Audiences seem to have enjoyed the Philly-based superhero flick enough for a curtain call: New Line announced a sequel, tentatively titled "Shazam 2", is officially in the works, according to Deadline, and is currently aiming for an April 2022 release.

This year's film featured Zachary Levi as Billy Batson, a 14-year-old orphan who finds out he can transform into his favorite superhero just by saying the phrase, "Shazam!" How quaint.

Ultimately, while most of the film was shot in Toronto, the movie featured a good number of Philly references: aerial shots of Center City; multiple SEPTA shoutouts; a bag of Geno's Steaks; a North Philadelphia intersection; the Art Museum steps, of course; the PSFS Building; and the obliteration of City Hall's William Penn statue: