Is the short week good or bad for struggling Eagles? 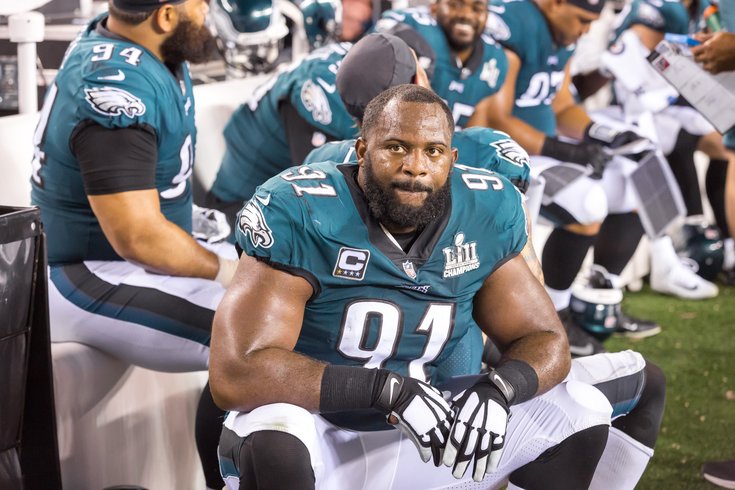 From the minute the score became final in the Eagles' 23-21 loss to the Vikings Sunday afternoon to kickoff in their next game — a Thursday night affair against NFC East foes the Giants — just over 96 hours will pass.

Four days to get over a heart-breaking loss filled with a bevy of correctable mental errors and mistakes.

"It's tough," Fletcher Cox said. "Losing sucks, especially for a team with the talent we have and the group of guys we have in this locker room. We have a quick turnaround and we have to get ready for Thursday."

The question is obvious then. Is the timing perfect for the team to have a short memory and go back on the field and get rid of a bitter taste? Or is the short turnaround a potential detriment for an underachieving team?

“It depends on the individual," Malcolm Jenkins said Sunday night. "If you want to let it carry over, it will. If you attack the tape, take care of your body, get some rest, and move on, and deliberately correct the mistakes that you made, then it’ll make you better. So we’ll see how we handle it.”

Last season the Eagles had no such issues. They dismantled the Cardinals 34-7 before traveling to Carolina where they defeated the Panthers as well.

This year, however, things are different.

"It's hard; I mean, it's hard," Doug Pederson said. "You're on a short week and you have a quick turnaround and we're back in the building tomorrow and we're working and getting ready for Thursday night.

"But one thing that I've learned through my experience in the NFL is getting back on the field right away is kind of a good remedy for the team, for the coaches and then that's our focus starting tomorrow."

As opposed to a regular seven day work week, which includes a day off, a walk-through day and multiple practices, this week will have much less physical contact and more off-the-field prep work.

Despite its downsides, the consensus among the players seems to be that it's a positive thing and a unique opportunity to get some tunnel vision and get out of their current rut.

"The best way to the playoffs is to win your division.”

And the good news is, the Eagles could remain just a half game out of the division with a Redskins' loss on Monday night.

“The beautiful thing for us right now is that it’s a fast turnaround," Carson Wentz said. "We get to get the bad taste in our mouths out fast and go on the road to New York. Thursday night will be here before we know it. So it’s really [about] coming in here tomorrow ready to work and get ready for New York.

"Like I said, [we have to] just put this one behind us [and] learn from it. We don’t have to dwell on it too long.”