Should the Eagles put in a waiver claim on Michael Floyd? 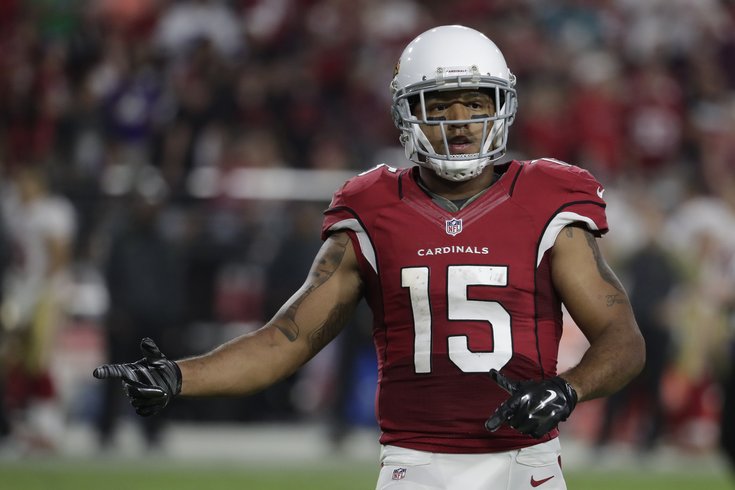 Putting in a waiver claim on Michael Floyd doesn't make much sense.

Former Arizona Cardinals wide receiver Michael Floyd was unexpectedly released on Wednesday after being arrested for DUI, which begged the question, "Should the Philadelphia Eagles sign him?" After all, the Eagles have perhaps the worst wide receiver corps in the NFL, and Floyd is arguably more accomplished in his professional career on the field than any pass catcher on the Birds' roster.

To begin, Floyd has had numerous incidents involving alcohol. Josh Weinfuss of ESPN gave some of the details of Floyd's arrest earlier this week.

Floyd was found unconscious behind the wheel of his running vehicle at a Scottsdale intersection early Monday morning, police said.

Floyd's black Cadillac Escalade sat through at least two green-light cycles with him passed out behind the wheel. Officers barricaded his SUV between their cars as they prepared to wake him up, according to the police report detailing the arrest.

The SUV's engine was running and Floyd's foot was on the brake, the report said.

Secondly, Floyd wasn't exactly playing all that well, catching 33 passes on 71 targets this season for 446 yards and 4 TDs. He has also struggled with drops.

In the wake of his release, Floyd will go through the waiver process, in which teams can bid on him. Whatever team wins the waiver bid (if any) will take on Floyd's current contract. Last offseason, the Cardinals exercised their "fifth year option" on Floyd, which paid him $7,320,000 this season. According to former agent Joel Corry of CBS, that would mean any team claiming him would pay him $1,291,765 over the next three games.

He would then become a free agent during the 2017 offseason.

In case you hadn't noticed, the Eagles' season is over. If they were still fighting for a playoff spot, maybe you could make the case that Floyd can help your wide receiver corps down the stretch. However, with salary cap money now carrying over from year to year, spending $1.3 million on a receiver to play in three meaningless games really doesn't make much sense.

The only benefit would be that the Eagles would have the advantage of being able to negotiate a new contract with Floyd before the official start to free agency, which simply isn't worth the $1.3 in salary cap you'd have to pay for that privilege.

Others have brought up the possibility of putting in a claim on Floyd for the purpose of obtaining a compensatory pick if he signs with another team next offseason. Unfortunately, it's not that simple.

Every year, the NFL awards 32 compensatory picks to teams that lost more players than they gained the previous year in free agency. Each qualifying player signed cancels out one player lost. Losing a player in free agency does not mean that team automatically receives a comp pick in return.

For example, when the Eagles lost Jeremy Maclin in free agency during the 2015 offseason, they were not awarded a compensatory pick in the 2016 NFL Draft, since they acquired DeMarco Murray, Byron Maxwell, Ryan Mathews, Miles Austin, Walter Thurmond, and others.

The Eagles are obvious candidates to acquire players during free agency once again this offseason, therefore, assuming that the Eagles will be awarded a compensatory pick for losing Floyd is a poor assumption.

The Eagles are highly likely to add a receiver this offseason in free agency. We think a receiver from this list is far more likely than Floyd.