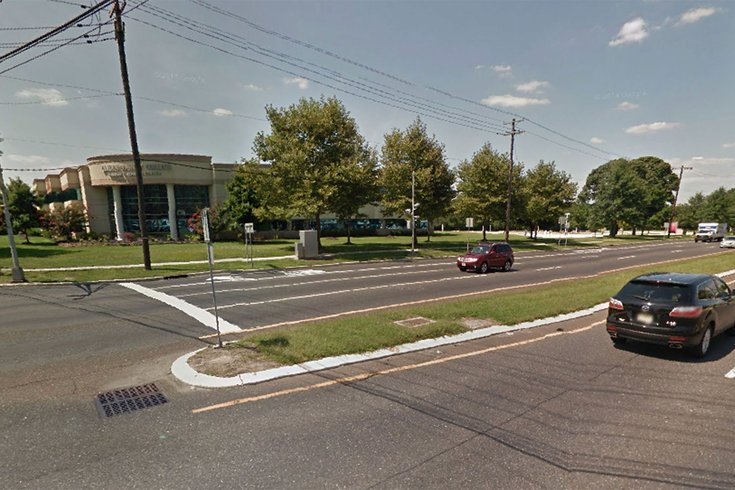 The eastbound lanes, rear, of Route 70 at Springdale Road in Cherry Hill.

The right turning lane in the eastbound lanes of Route 70 at Springdale Road remains closed after a possible sinkhole formed beneath the roadway on Sunday.
New Jersey Department of Transportation crews worked through the night to repair the roadway, according to 511NJ.org.
Cherry Hill police are posting updates on its Facebook page.
Motorists can still make the turn from Route 70 onto Springdale Road, police said.
Police are also reporting that the Route 70 eastbound ramp to Donahue Avenue will be closed for the remainder of the week between 7 a.m. until approximately 4 p.m. Police will be on location at the closure.
The possible sinkhole was discovered around 3 p.m. Sunday. Initially, all eastbound lanes were closed.