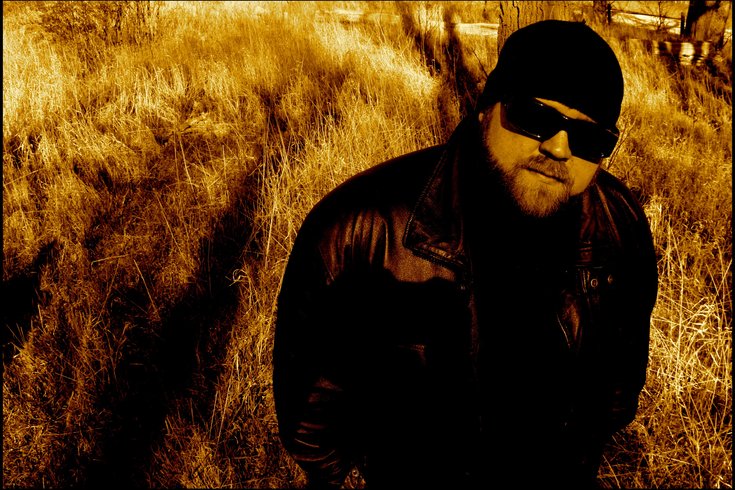 Chad Calek (pictured) and his longtime spirit-investigating-and-filmmaking-partner, Justin Holstein bring their “Sir Noface Lives” tour to the Trocadero on Thursday, Aug. 17. They intend to make believers in paranormal phenomena out of everyone.

Do you believe in ghosts?

Well, whether you do or don’t, you’ll want to be at Chinatown’s Trocadero Theatre tomorrow night to catch the Philadelphia presentation of the “Sir Noface Lives” tour.

If you are a believer, the evening promises to reinforce your certainty that paranormal phenomenon is real. If you’re not, the program may just change your mind. That, at least is the hope of veteran ghost hunter Chad Calek and his longtime spirit-investigating-and-filmmaking-partner, Justin Holstein, who insist they have the goods on the afterlife.

While the Trocadero bash includes a survey of ghosts-exist evidence and a Q-And-A session, its raison d’etre is the screening of “Sir Noface,” the duo’s new documentary which, the producers promise, is the game-changer for which the world has been waiting.

Among the evidence presented in the film is an unexplained illumination of a room in an old house that, Calek (pronounced KAY-lick) subsequently learned had no electricity. The investigators “had a relationship with a spirit that, on-call, could light up a room like a lightning bolt went off. It was so bright there were no shadows cast. It was like the light came from everywhere,” offered Calek, who has hosted two A&E channel series, “Paranormal State” and “The Ghost Prophecies,” as well as the documentary, “American Ghost Hunter.”

But the most striking piece of evidence in the film is the footage—sanctioned by the Australian government--of a full-body apparition dubbed “Sir No Face.”

“This is a full-body apparition that literally steps out of a wall from about eight feet away and looks directly into the camera before turning away and heading back into the wall,” explained Calek, who added that Hollywood CGI artists who viewed the footage agreed there was no tech trickery involved.

“I don’t want to give it away,” he said, “but there are two ‘aha’ moments that really come through where you realize it’s an impossibility that they could have done it with people or props. [It’s] really the process of elimination. There’s nothing left, but what it was: These guys filmed a ghost.”

Calek, whose ghost-hunting roots date back to his childhood when his Texas-based family moved into a famously haunted house in Iowa, is dedicated to spreading the ghosts-are-real gospel.

“It’s not that I want to go out and make someone believe,” he reasoned. “I guess what I want to happen is for [the existence of ghosts] to be accepted across the board. One of the most frustrating things for me was being called a liar, being called crazy, and realizing these things are happening.”

He pointed to polls indicating that “upwards of 75 percent of people in the world have either had a first-hand paranormal experience, or believe in it. It’s amazing to me that we still call people who have these experiences ‘crazy.’

“I just don’t think they’re crazy, I think they’re mis-labled. I think this world is filled with things we can’t explain. And we may have it wrong by calling them ‘ghosts,’ thinking that they’re dead people. They may just be alternate dimensions that we’re witnessing.