Sixers' Ben Simmons dunks all over kids in Australia 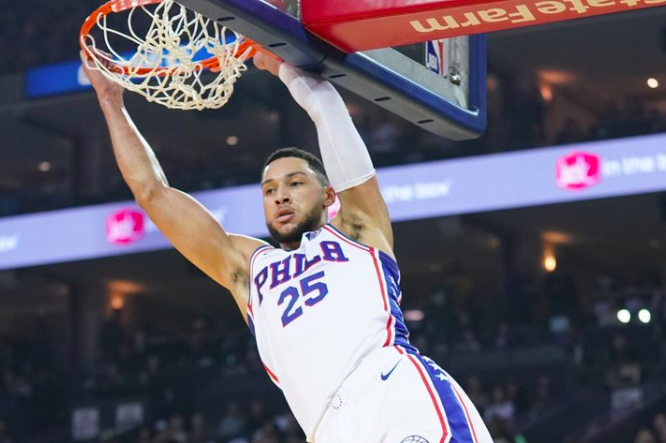 Sixers fans have lately been seeing a lot of Ben Simmons getting in offseason work on the court, where gym videos show him knocking down jump shots with apparent ease.

Everyone hopes that translates into NBA action, and we see a much-improved player willing to shoot in games that matter in October.

For now, Simmons is enjoying some time back home in Australia, where he's apparently throwing down monster dunks on teenagers.

RELATED: T.J. McConnell thanks Sixers fans in goodbye message: 'I love all of you very much'

Simmons, who dropped out of playing with the Australian national team this summer, was in Melbourne on Wednesday to attend a Helping Hoops charity basketball event. The Ben Simmons Family Foundation is a supporter of the charity, which provides free basketball programs to underprivileged children.

Swish Daily obtained video of Simmons (originally posted as Instagram stories) doing his best Joel Embiid, dunking on people who have no business even trying to defend him.

That second kid was asking for a world of pain.

All indications are that Simmons has taken his offseason training seriously and should be primed for a big year after signing a five-year, $170 million contract extension earlier this month.