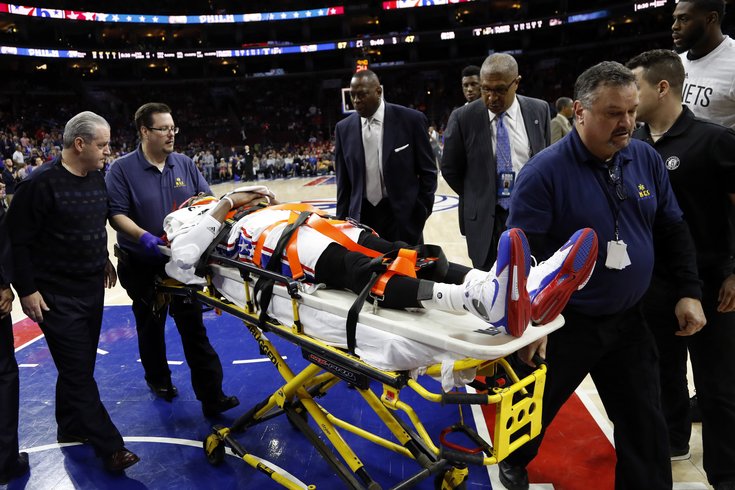 Philadelphia 76ers' Robert Covington is taken off the court on a stretcher during the second half against the Brooklyn Nets.

Covington, who was taken off the court on a stretcher, underwent further testing on his neck. According to ESPN, he has been entered into the league's concussion protocol and will not play against the Detroit Pistons on Saturday night.

Neither will Jerami Grant, who appeared to hit his head on the court when former Sixer Thaddeus Young fell backwards on top of him, has also been ruled out. He did not return to the game on Friday and was also being evaluated for a concussion, although the results of those tests are not yet known.

The Sixers needed major contributions from the bench to snap their 13-game losing streak, as they were already without rookie center Jahlil Okafor -- the team announced he'll undergo season-ending knee surgery -- and lost forward Richaun Holmes to an Achilles injury in the third quarter. They'll need those guys to step up again against the Pistons, as it appears they'll be shorthanded yet again.