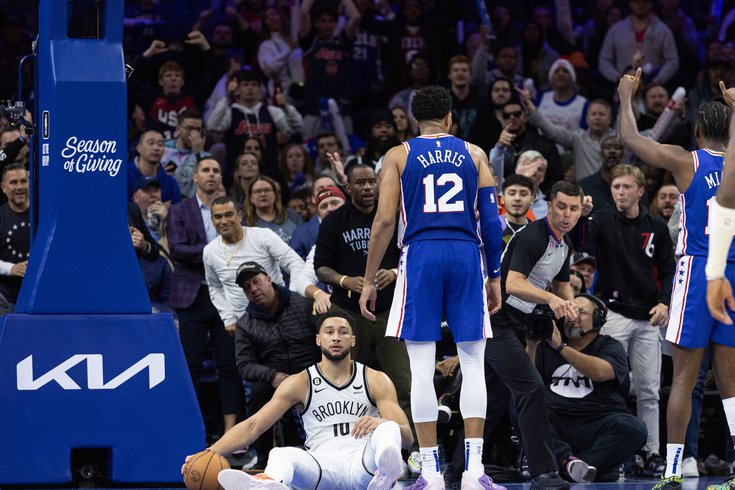 Nets point forward Ben Simmons sitting on the court for some reason.

After missing two-consecutive free throws during the second half of his first game back playing in Philadelphia, Ben Simmons won everyone free Chick-fil-A nuggets. The team's new "Bricken for Chicken" promotion wins fans free food if opponents miss a set of free throws in the second half of games. Lunch is on Ben!

Chick-fil-A is certainly aware of the hype around Simmons, now with the Nets, and his return to Philly. There may be no bigger excitement around Bricken for Chicken than there was for Simmons. The fast food company's app is getting in on the fun, taking jabs when you got redeem your free five-count of chicken nuggets:

"Ben's miss is your gain!" is just absolutely brutal.

There are much better chicken spots out there, but, hey, free food is free food.

Simmons' Nets lost against a shorthanded Sixers team on Tuesday night and he continues to lose in the court of public opinion.