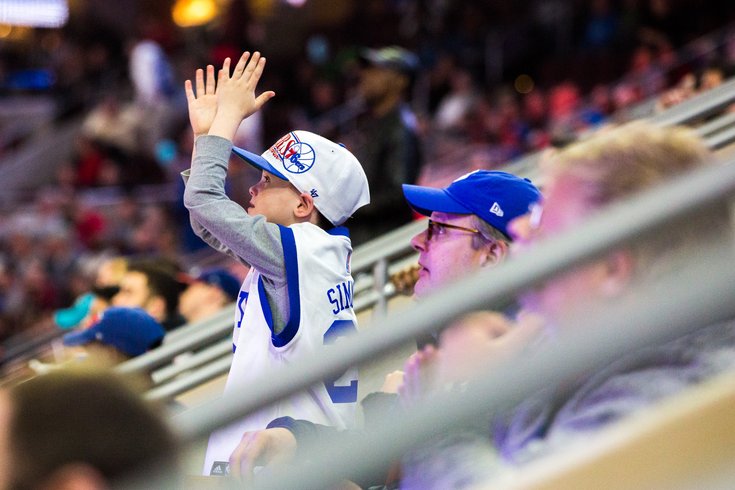 What recourse do Sixers fans have for ticket purchases they made long before COVID-19 was a league-stopping, world-altering pandemic? Answers to that question have begun making the rounds.

On Tuesday, the Sixers will begin rolling out communication with holders of different ticket packages, including fans with full-season tickets, partial season tickets, and group packages, offering two different options for their fans for the remaining 10 games left this season.

Option A: Fans will have the option to roll their balance over to the 2020-21 season and apply it to their packages for next season.

Option B: Fans will be able to demand a cash refund for the remaining games in their 2019-20 packages.

The Sixers are giving fans ample time to decide which of the options they prefer, as the next charges for their accounts will come down on June 12th. Philadelphia has set a deadline of June 5th, or a week before that next account charge date, for fans to make decisions and get their money back in one form or fashion.

The Sixers believe they have been among one of the more sensitive teams in the current moment — a team representative claimed that 25 of the league's 30 teams have continued charging fans during the current hiatus while they have not — though PhillyVoice was unable to verify that claim at the time of publishing. Even that June 12th charge date comes with a caveat on the club's end. A team representative said Monday afternoon that if fans with packages currently find themselves in a position where they can't make payments, that they will accommodate fans with deferral options and work with fans during the current crisis.

Where does this leave fans who bought individual game tickets? That's a little more complicated. The Sixers have an exclusive partnership (and jersey sponsorship deal) with StubHub, which has its own rules and regulations on refunds. Fans who purchased tickets individually will have options but they will come with a caveat.

Option A: Fans will be able to receive a 120% credit to their StubHub accounts toward purchasing tickets to a future event, whether that's a sporting event, a concert, or one of the other various events you can get tickets for through their platform.

Option B: Fans in Pennsylvania will be able to get cash refunds for their tickets.

Here's the distinction between the options for season-ticket holders and individual ticket owners — the latter are subject to StubHub's own rules and regulations, and will not have options to said refunds unless/until the games are canceled outright.

Because the status of the 2019-20 season is still in limbo, that leaves individual ticket owners with no current recourse if they wish to seek a cash refund for their tickets, though the Sixers claim that is a smaller portion (characterized as "a single-digit percentage) of fans impacted compared to those who fall under the ticket package categories up top. Individual ticket purchasers from other states will also be able to request a refund should they choose. In any case, this does leave individual purchasers waiting on decisions from the powers that be at the league.

Privately, many around the league have expressed confidence that the NBA will open the 2019-20 season back up at some point, with the real uncertainty concerning how, where, and when that will be. Remote locations have been an overarching theme, with most of the uncertainty concerning the structure and how "complete" the end of this season would actually be.

The Sixers were proactive in the wrong way when they first announced their (since scrapped) salary reductions near the start of lockdown, so a proactive move to give ticket holders options would certainly be a step in the right direction.