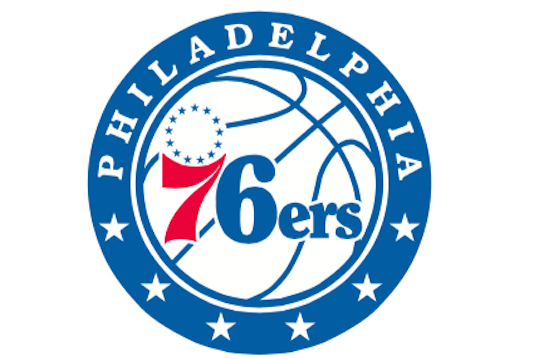 The Philadelphia 76ers unveiled their new logo set Tuesday morning. It features "Ballin' Ben," which may just be the coolest logo in the NBA.

According to ESPN writer Paul Lukas, the Ben Franklin logo first surfaced last June and was met with near-unanimous praise.

"He instantly becomes the NBA's best logo, even though he's only designated as a secondary mark," Lukas notes.

Other changes and new features include the swapping of the team's primary logo shape from rectangular to circular, a new secondary logo with the number 76 surrounded by 13 stars and some tweaks to the placement of the basketball at the center.

Lukas added that the team also will have new uniforms that will be unveiled on the evening of June 18 at a public event at the Wells Fargo Center. They are described as "being inspired by Sixers jersey designs from the eras of [Wilt] Chamberlain (late 1960s), [Billy] Cunningham (1970s) and Julius Erving (1980s)."

A handy step-by-step on the evolution of the Philadelphia 76ers logo since 1963 #NBA #Sixers pic.twitter.com/DkFFeOACJt