Sloppy Sexism: how the resurgence of girl punk defies obstacles in the mainstream music industry 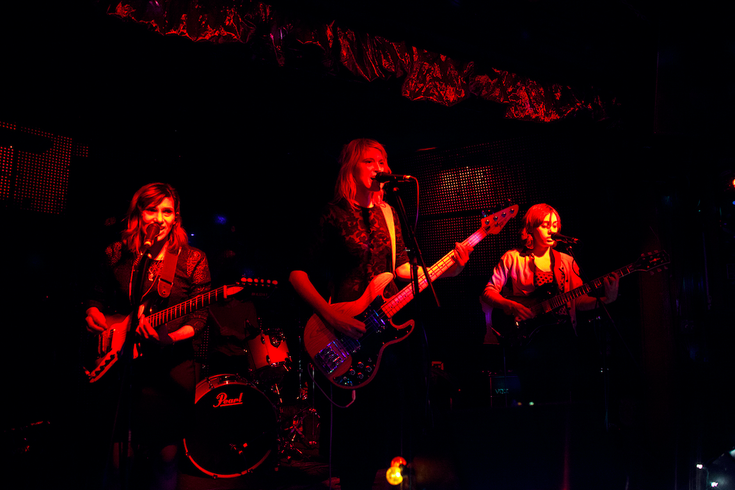 Fruit & Flowers’ vocalist and guitarist, Ana, commented that the disproportionate gender skew has, “motivated her to be excellent all the time,” an attitude she likens similar to her professional experiences in the male-dominated tech industry.

The all-girl lineup at The Barbary last week featured three new performers, cut from the fresh, female talent of the east coast underground.

Collectively, they represent a resurgence of female musicians who explore and innovate musical genres for female artists in the late 1970s and early 1980s, namely those associated with the secondary market. Thursday night's show was just one well-curated showcase of an up-and-coming girl-band revival, made possible by renewed interest in both the classic and second-wave forms of punk, surf rock, glam, and garage or grunge. 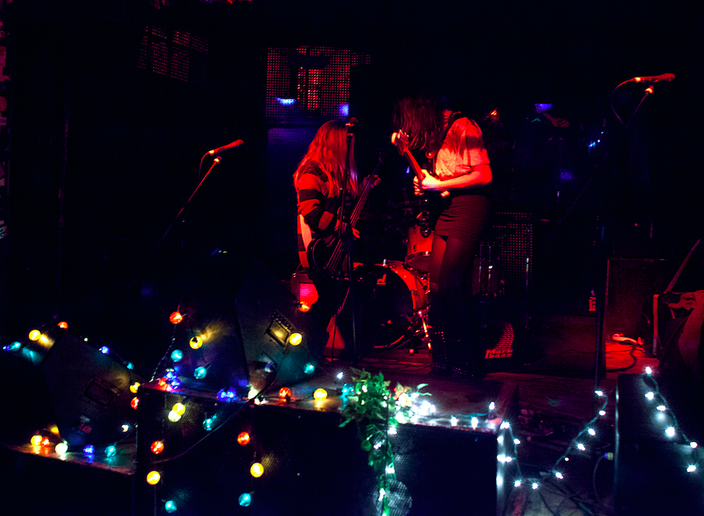 When Madonna called the music industry “blatantly sexist” at the Billboard Women in Music Awards in early December, it inspired me to look into what potential opportunities are immediately available to an aspiring non-male musician.

Advocates of equal opportunity in the entertainment industry sought to celebrate the female musician by leveling the playing field through genres that – in their essence – reject qualifiers and carry the spirit of defiance, like punk-rock. This was the form in which women like Joan Jett, Patti Smith and Siouxsie Sioux of Siouxsie and The Banshees, made their voice heard, and, in the long-term sphere of influence, negated sexism by being just as relevant historically and musically as any of their male peers, like, say, The Ramones or The Stooges.

New Jersey-based Red Queen Lilith is made up of siblings Caitlin and Ryan Walker, a guitar and drum duet. They opened the show. Caitlin wailed hard on her electric guitar and belted gutsy blues through the pair’s new garage-rock sonics. Vocalist and guitarist Caitlin is formerly of Philadelphia’s girl-fronted punk band, The Cheerbleeders. Caitlin and Ryan described Red Queen Lilith as, “Our lifelong obsession with Jack White and garage rock culminated into a band.”

“Nothing makes me happier than playing Rock-n-Roll music. I am so thankful I get to do it,” she said. 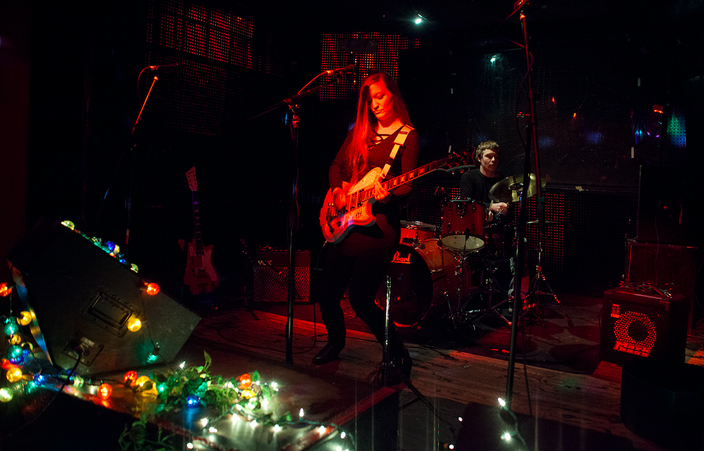 Fruit & Flowers, on second, delivered retro surf rock juxtaposed against a 1990’s garage sound. Their performance highlighted angelic harmonies punctuated by rock heavy guitar licks and nimble progressions. Lead vocalist and bassist Caroline described her relationship with her bandmates and peers – one she believes is reinforced positively by their support of one another – as behavior she believes to be, “so important and critical to the success of the band and our individual success.”

Fruit & Flowers’ vocalist and guitarist, Ana, commented that the disproportionate gender skew has, “motivated her to be excellent all the time,” an attitude she likens similar to her professional experiences in the male-dominated tech industry. She described this pressure as motivating, but not without stress.

Fruit & Flowers and Sharkmuffin (both from New York City and who share a tour) and Red Queen Lilith are examples of bands led by young women who are creating work in the underground that channels all of the talent and presence necessary to crack the mainstream. They’re able to work within traditionally anti-gender binary musical forms that come to them intrinsically, and have a history of disrupting the system.

Double Dementia is a creative producer and writer from Philadelphia.