A smarter approach to snacking in schools

Nearly half of all U.S. schoolchildren buy at least one snack a day. For now, Pennsylvania is sticking to voluntary guidelines. 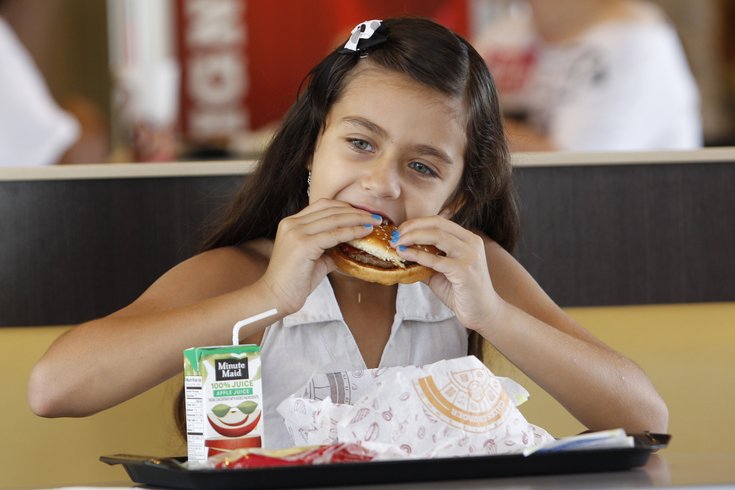 Nearly half of all U.S. schoolchildren buy at least one snack each day, with children as young as 5 years old charged with making smart snacking decisions for themselves, according to the National Institutes of Health.

Numerous studies have found that eating junk food throughout the day can lead to obesity and a lack of concentration, as well as set the foundation for lifelong hazardous habits.

Realizing the scary health outcomes this can produce, the U.S. Department of Agriculture issued the Smart Snacks in Schools standards, which took effect at the start of the current 2014-15 school year.

The Smart Snacks in Schools policy imposes fat, salt, sugar and calorie limits on food and drink items sold in vending machines and school stores and as individual cafeteria menu items. In their place, it pushes products that have whole grains and those with low-fat dairy, fruits, vegetables or protein as their main ingredients. 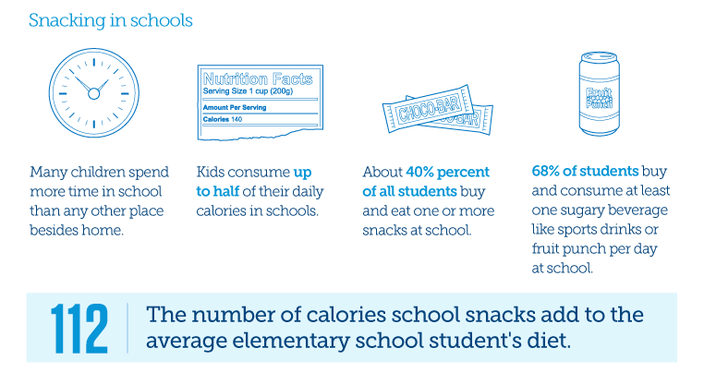 The Pew Charitable Trusts and the Robert Wood Johnson Foundation point out that 27 percent of Pennsylvania children are overweight or obese.

While Pennsylvania doesn’t have a mandatory policy in place requiring schools to meet nutrition standards for snack foods and beverages, it does have voluntary guidelines, those organizations said.

Together, Pew and RWJ are encouraging Pennsylvania to take steps toward creating a mandatory policy.

In Philadelphia, the city's school district claims it has been on the front line in its approach to limiting snack foods. It sells 100 percent fruit juice and water in its vending machines – with the juice costing 25 cents more than the water – and sells cafeteria snacks only after children have purchased, and been given time to eat, lunch.

Amy Virus, MS, RD, LDN, the Philadelphia School District's manager of administrative and support services in the division of food services, told Philly.com back in June that the biggest obstacle is attempting to adhere to snack standards outside the cafeteria, including at fundraisers and sporting events.