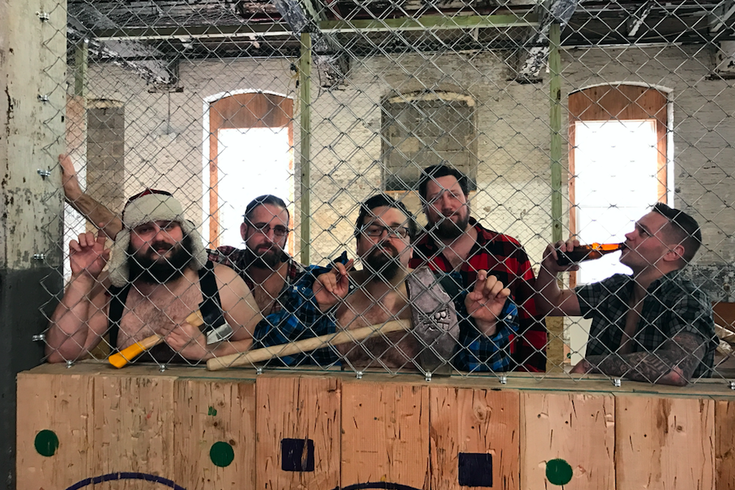 From left, Rich Colli, manager of Butcher Bar and Varga Bar; John Stemler, co-owner and brewmaster at Free Will Brewing; Casey Parker, owner of Jose Pistolas and Sancho Pistolas; Terrance Leach, owner of Garage Passyunk, Garage Fishtown, Bar and Heritage; and Johnny Sherlock, bar manager from The Industry Bar, all pose for "Flannel Animal," an all-male review and fundraiser having its big reveal Feb. 19 at Heritage.

Here are some of the first pictures released by the much talked about "Flannel Animal" all-male fashion show to be held next month at Heritage in Northern Liberties, where members of the Philly Beer Week board will tromp the catwalk (some wearing mountain boots and carrying axes – hopefully) as the nonprofit's first fundraiser of the year.

Whether you're settling into a craft beer paradise in an up-and-coming neighborhood or a grabbing a stool at a corner dive, draft lists in Philly are enviable.

Small batch brews and local ales line the cooler shelves of delis and beer distributors around the city, affirming the fact that in this town, big beer doesn't fly. Philadelphia's love for handmade beer is never more apparent than during the 10 days that make up Philly Beer Week each spring. 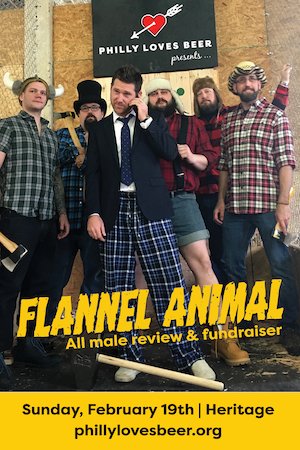 Coming up on its tenth year, the city and suburbs-wide festival boasts more than 1,000-plus events that welcome international brewers, tap takeovers and opportunities for beer enthusiasts to sample once-in-a-lifetime pours. The first of its kind in the country, Philly Beer Week’s popularity has grown so much over the years that the city’s robust cast of local breweries were being overshadowed by showier out-of-towners.

Along with a board of volunteer brewers, restauranteurs, and enthusiasts, Kennedy and company have been working year-round to promote the city’s thriving beer scene.

“It was confusing to have the word ‘week’ in the name,” she says.

And so, Philly Loves Beer was born.

The new nonprofit sees itself as a local brewers’ guild as well as a year-round platform to solidify Philadelphia’s place in the international beer scene. Philly Loves Beer’s goal is to create a more comprehensive relationship with consumers and bars, and the first step is to create a far-reaching line-up of original programming. 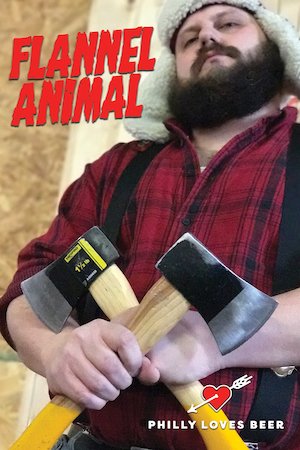 The initial list of happenings at Philly Loves Beer features “Beer Madness” – an online bracket modeled after March Madness – that pits 32 local brews against each other; a script-flipping fashion show where flannel-clad gentlemen are judged by a panel of local female beer celebs; and an Opening Tap event for Beer Week focusing on rare, local pours. Pop-up beer gardens, brewery-sponsored camping trips, and special beer releases are also in store for the week leading up to June 1.

This comes as great news for those who have been put off by the sheer scale of Philly Beer Week during the past few years. The plan, according to Kennedy, is to spread the beer love throughout the year and encourage bars to feel less inclined to cram everything into one week.