So, what if Sam Bradford just never shows up? 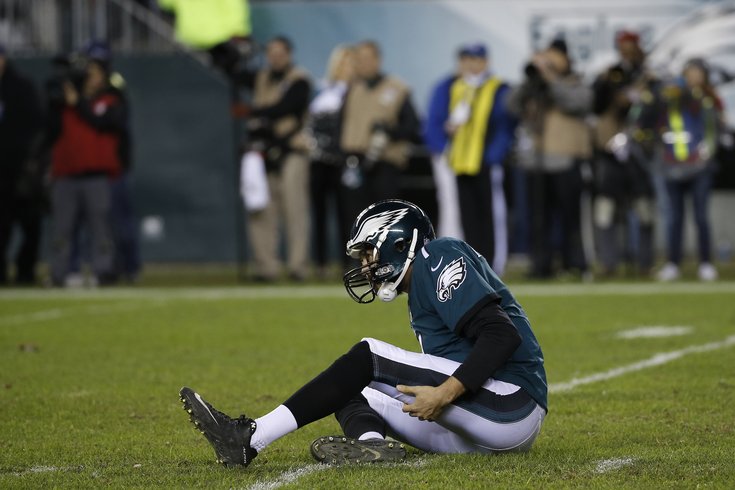 A couple days before the start of the 2016 NFL Draft, knowing the Eagles were primed to select a franchise quarterback with the No. 2 overall pick, Sam Bradford's agent Tom Condon informed the Eagles that Bradford would not be showing up for team activities until he absolutely had to in June, per Sal Paolantonio of ESPN:

Condon said he has informed the team that Bradford will not show up at the Eagles practice facility until June 7, the first day of mandatory mini-camp. He said that Bradford feels it will be difficult for him to return to the Eagles as a lame duck.

On Thursday, appearing on Quick Slants on Comcast SportsNet, Reuben Frank of CSN Philly opined that Bradford might just retire. Transcript via PhillyInfluencer.com:

Derrick Gunn: Yup, with the $122 million the Eagles are giving him.

Frank: You know, whatever. Easy come, easy go. I think he’s gonna retire. I think he’s had enough. I don’t think he wants to be here. Honestly, I don’t think anybody else wants him. Maybe you get a 3 or 4, but I doubt it. I think it’s done. I think it’s over with. I think Chase Daniel starts your season, plays five or six games, whatever Doug Pederson played,  I think it’s seven. And then Carson Wentz comes in and he’s your quarterback for the next 10 years. And this time next year, we’re sitting here saying, “Sam who?”

Personally, I don't think that's a crazy scenario at all, and it's one I've considered myself. Keep in mind that Bradford nearly retired after his second ACL tear not that long ago.

Around two years later, at the first hint of any legitimate competition for the first time in a wholly ineffective six-year career, Bradford demanded to be traded. Who exactly would give up anything of value and ask a player who so actively sought to avoid competition to lead their team? In my view, nobody. In other words, it's probably Philly, or retirement.

In a retirement scenario, Bradford would have to pay back the $5.5 million he already received in signing bonuses, and he would of course never see the other $5.5 million he's set to receive by September 1, or his base salary.

In short, it would almost be as if the Eagles never signed him in the first place. The only difference is that instead of losing him for nothing in free agency, they would control his rights and could still trade him if Bradford decided he wanted to play after all, and some team out there became desperate for a quarterback.

The Eagles would then likely start Daniel, who would be merely keeping the seat warm for Wentz, as Frank suggested. Oh, and they'd have a new-found treasure trove of salary cap resources to lock up players who are actually interested in, you know, competing. That salary cap space would be far more valuable than a third or fourth round pick.

Let the game of chicken commence.