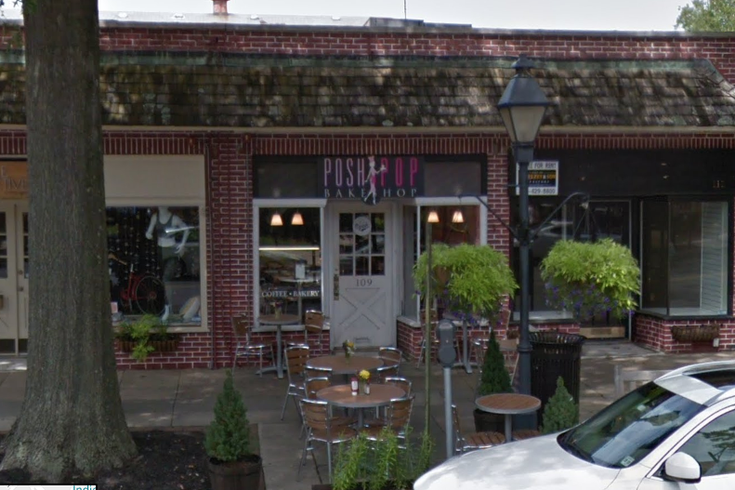 Posh Pop Bakery was located in Haddonfield, NJ, but will relocate to New York City.

Gluten free bakery, Posh Pop Bakery in Haddonfield, New Jersey, is leaving the greater Philadelphia area for the Big Apple - and people have not been responding well to the move.

The bakery closed abruptly, announcing on Instagram on Jan. 17 they would be moving to a new location, but did not say where it would be.

"We have exciting news IG fam! We are MOVING! Our Haddonfield bakery will be closed until we reopen in our new location in February! Just in time for Valentine's Day, and you already know these heart shaped pretzels will be in our menu waiting for you. Who's excited to find out where?!? Stay tuned!"

We have EXCITING News IG Fam! We are MOVING! Our Haddonfield bakery will be closed until we reopen in our new location in February! Just in time for Valentines Day and you already know these heart 💗 shaped pretzels will be in our menu waiting for you! Who’s excited to find out where?!? Stay tuned!

It wasn't until Jan. 25 the bakery announced their new location would be in New York City. The influx of initial Instagram comments were predominately negative from South Jersey and Philadelphian customers upset of the sudden move. These comments have since been removed from the bakery's Instagram account.

One woman posted a review on Facebook on Jan. 28: “Location closes without notice and then opens in another state. We were led to believe the location would be in the same area. Rude Staff. Only sad they’re leaving they are the only dedicated facility in my area. What a disappointment.”

NYC, Your favorite Gluten Free Bakery is opening this February! Tag the 1st person you’re taking on a Posh Pop date in the city!💗

We reached out to Posh Pop Bakery for a comment and have not received one as of yet. We will update the story once a statement has been given.

But for those fretting about where to go now, don't worry! Here's a look at all the gluten free bakeries in the area.

Taffet's, available in South Philly on Washington Ave., sports an assortment of gluten free bread and sweet treats. Sweet Freedom Bakery on South St. and P.S. & Co in Rittenhouse sell a variety of gluten free and vegan treats. The Happy Mixer has a large daily assortment of gluten free baked goods - and may be the best alternative to Posh Pop considering the large selection it has, including cakes. However, it may be a bit of a trek for South Jersey folks, as their two locations are in Bucks county. (Though, may we add, worth it.)

For those in South Jersey (and Philly), you may also enjoy Sweetopia in Newport, DE which boasts gluten free and nut free desserts, perfect those with all kinds of allergies. One reviewer on Yelp says, “You can NOT tell these desserts are gluten free.” Sweet Megan Bakery is a gluten free wholesaler that sells edible cookie dough and cookie sandwiches. Several stores in the area carry it, such as Shoprite in Marlton, Cherry Hill, and Mt. Laurel. Check the full list here.