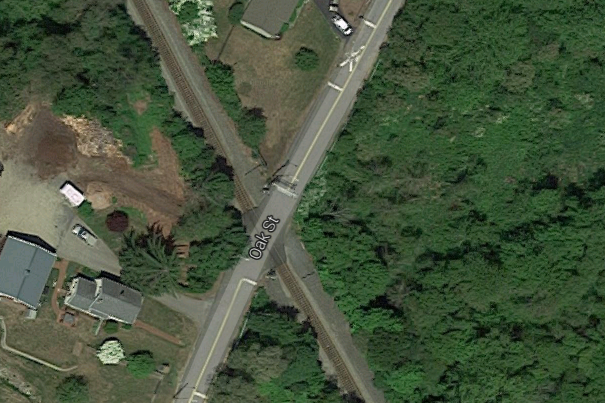 The body of a New Jersey woman was discovered burning near these railroad tracks in Bridgewater, Massachusetts.

A South Jersey woman has been identified as the person found dead and burned in Bridgewater, Massachusetts, Tuesday night.

The Boston Globe reports it was the remains of 29-year-old Ashley Bortner of Paulsboro that were discovered still on fire, her hands and feet bound behind her back, after police responded to suspicious activity near railroad tracks.

The Plymouth County District Attorney's Office had asked for the public's assistance in identifying the woman whose remains were found close to midnight after a report of a suspicious vehicle nearby.

Now that authorities know who she was, officials will have an easier time trying to find her killers, the Bridgewater Independent reports, as the cause of death may still be able to be determined depending on how badly she was burned.

According to 6ABC, police believe the incident was a targeted act and are still investigating her death.