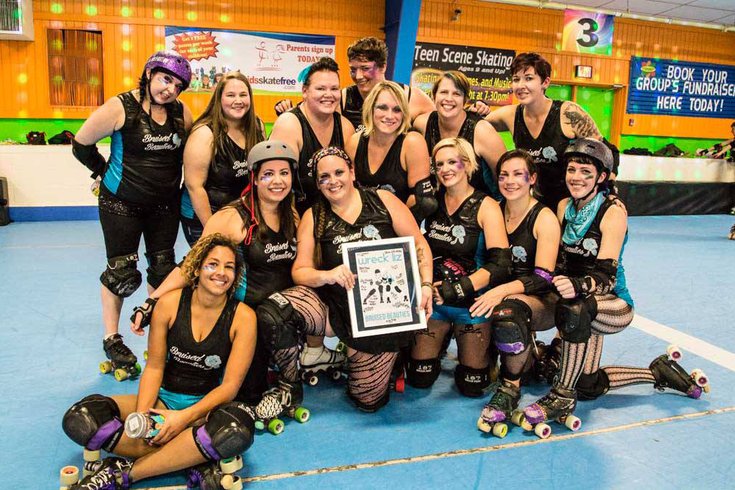 The Bruised Beauties will play in the Exhibition Bout Aug 2.

It all started in 2006 with two sisters who wanted to kick some butt …on roller skates. Since then the South Jersey Roller Derby has grown into one of the region’s largest leagues with nearly 100 members.

The toughest teams will compete Aug. 2 during the Derby Exhibition Bout at Blue Cross RiverRink at Spruce Street Harbor Park. This is your chance to check out the fast-paced skaters from such creatively named teams as the Bruised Beauties, Lipstick Militia and Shove City. The exhibition even features skaters from the co-ed team that won the 2014 M.A.D.E. National Championship.

With a reputation for hitting hard and dodging fast, the event is sure to be a crowd-pleaser. Fans also have the opportunity to meet and skate with players when the rink officially opens after the showdown at 11 a.m.