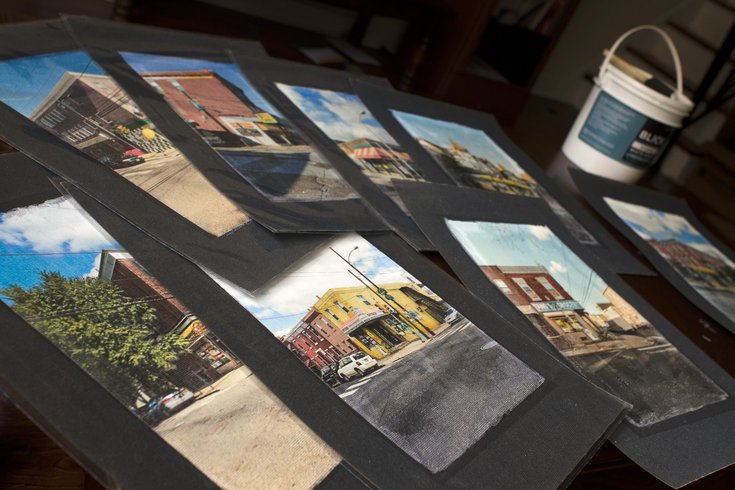 When recent University of the Arts graduate Justin Kutner was growing up in Satellite Beach, Florida, shopping with convenience implicitly meant a trip to the nearest Walmart or Target.

Then he moved to Philadelphia, saw a corner store, and his eyes were aglow with intrigue.

"I didn’t know families were out there running their own business -- ones they would pass down to their kids," Kutner told PhillyVoice -- serious as could be. "That was wild to me."

The bell that rings when you walk through the door, the aged yellow facades, the toothpaste next to the apples -- 24-year-old Kutner was unaccustomed to the sights and sounds. It all made for a sort of charming chaos and he wanted to cement that feeling by capturing them in photos.

"They're weird and messy," he said, describing the corner store allure. "They have a character that I feel lacks in a lot of other places, and especially as a lot of places become corporatized -- white walls, neat rows. I feel like I’m not ready for that to be everywhere.” 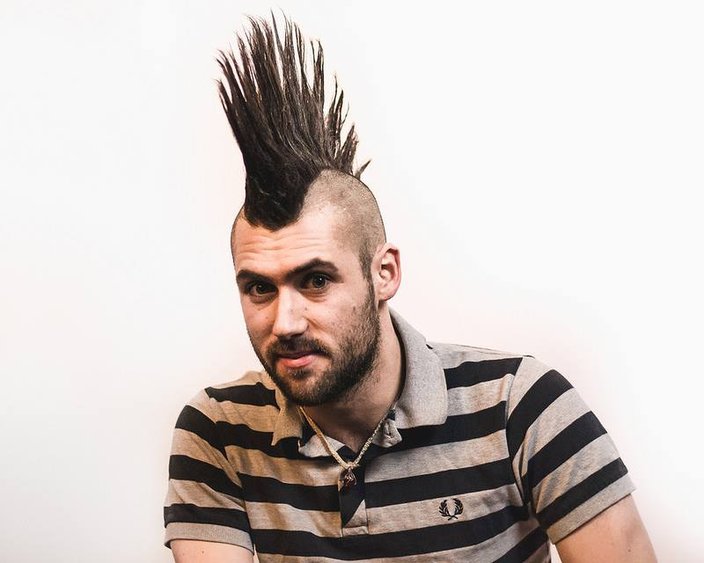 He started by taking photos outside of Criniti's Prime Meats, a corner butcher shop in his neighborhood at 10th Street and Snyder Avenue. The exterior caught his eye with its red-and-yellow striped facade and cutesy hog sign. Then one corner store fascination turned into several until he realized he had a project on his hands.

"At that point, I thought how perfect it would be to print my image on the same material that was used in the construction of a building," he said of how it all came together. "That was the moment."

He began printing his corner store photos on silicon carbine mesh, used as a drywall sanding screen. The medium, he explained, represents the immense amount of labor it takes to both physically build a corner store and run the business.

Not to mention how much labor goes into the printing process for his pieces, he added.

"The photos are captured digitally, printed with an inkjet printer and then there’s a painting and coating process with some primer and chemicals,” Kutner said. “And because of that coating, there’s a painter’s mark – so, every brush stroke can make every piece look different. 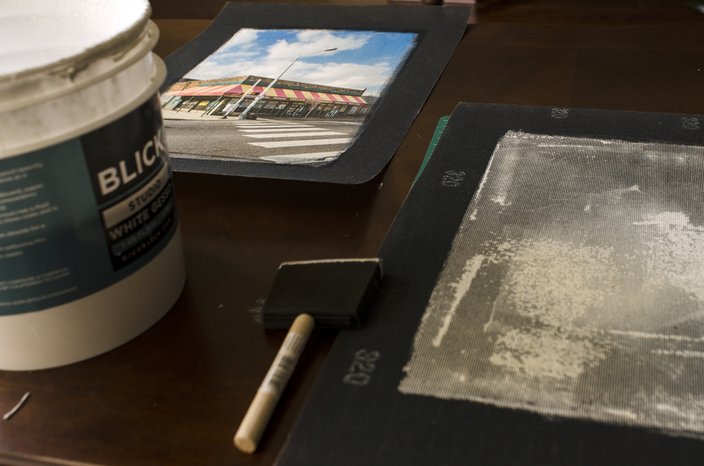 For his project, Kutner starts with a metal sheet and applies multiple coats of gesso to hold the ink, producing a textured, paint-like effect. Kutner describes it as art meant to be touched. (Justin Kutner / Justin Kutner Photography)

"Depending on how thick or thin [the strokes are], they all look different.”

By the time he graduated from University of the Arts in December 2014, Kutner had accumulated so many photos -- 45 -- he didn't want to stop. In total, he's accumulated 75 in the past two-and-a-half years, taken of stores all across the city. Fifteen of them have been printed and are in their final form, some of which he's already showcased at local businesses like Black N Brew, Tattooed Mom and The Trocadero.

Kutner’s goal is to capture enough corner stores to provide an accurate representation of the whole city, not just one particular neighborhood. He hopes that by the time he finishes the project -- capturing more stores, interviewing families, etc. -- he can find a home for his pieces to sit side by side, where they can be "historically relevant."

Because part of it, he noted, is about documenting transient places.

"Three of the shops I photographed have already closed," Kutner said, adding that while he's not ready to take a stance on the subject of preservation, he thinks more thought should be given to the subject.

Patrick Grossi, director of advocacy for the Greater Philadelphia Preservation Alliance, told PhillyVoice the organization has not targeted corner stores in particular for the local Register of Historic Places, but that it is always on the lookout for storefronts worthy of preservation. The city's Storefront Improvement Program has, on a local level, set out to beautify business facades with respect for a structure's architectural integrity in mind.

Corner stores have been a staple of Philadelphia neighborhoods since the mid-19th century when urban populations first began to boom. Architecturally, they're unique in that they have canted corner entrances, large windows for displays and are one of the first modern building types to be designed with commercial use on the first floor and a residence on the second.

Moving forward, Kutner is scouting new locations to photograph and said he's willing to collaborate with another artist if the right idea enters the conversation.

But for now, he's just happy to be committed to a project that's so uniquely Philadelphia -- gritty, community-based and beautiful in a way that's as nontraditional as they come.

"There’s merit to both, and that’s what I want to show."