Launched in 2007, the Dawn spacecraft made a 14-month tour 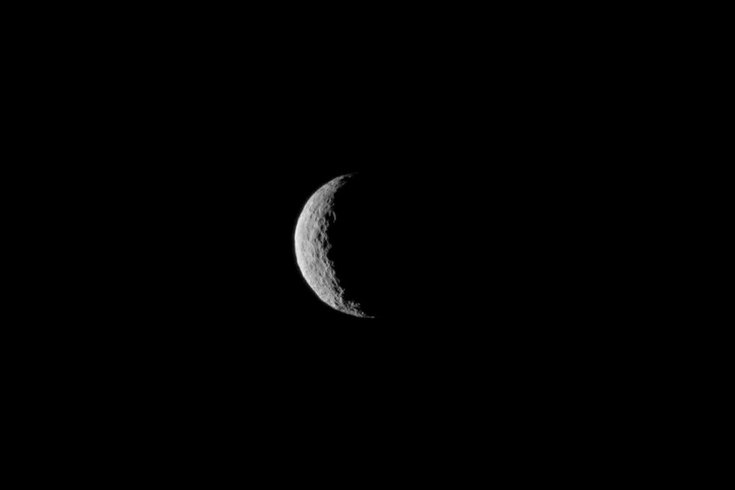 The dwarf planet Ceres taken by NASA's Dawn spacecraft on March 1, 2015 from a distance of nearly 38,000 miles is shown in this handout photo provided by NASA March 6, 2015.

CAPE CANAVERAL, Fla. - A U.S. space probe slipped into orbit around Ceres, a miniature planet beyond Mars believed to be left over from the formation of the solar system, NASA said on Friday.
Launched in 2007, the Dawn spacecraft made a 14-month tour of the asteroid Vesta before steering itself toward Ceres, the largest body in the asteroid belt between Mars and Jupiter.
Dawn shifted its path to allow itself to be captured by Ceres’ gravity at 7:39 a.m. EST, becoming the first spacecraft to orbit a dwarf planet.
"We feel exhilarated,” lead researcher Chris Russell at the University of California, Los Angeles, said in a statement after Dawn radioed back to Earth.
NASA's New Horizons probe is scheduled to fly by another dwarf planet, Pluto, in the far reaches of the solar system later this year. Like Ceres, Pluto was once considered a full-fledged planet, but was reclassified after the discovery of similar bodies.
Dawn will spend about a month repositioning itself from its initial orbit about 38,000 miles (61,000 km) above Ceres to the first survey altitude of 2,730 miles (4,400 km).
By the time the mission ends in June 2016, Dawn will have flown as low as 230 miles (375 km) above the surface.
Scientists already have a mystery to solve. Last month as Dawn neared Ceres, it relayed images of startlingly bright spots on the surface, which could be patches of subsurface ice exposed after an asteroid or comet impact. They also could be deposits of salt or other minerals.
“These spots were extremely surprising,” Dawn scientist Carol Raymond of the National Aeronautics and Space Administration's Jet Propulsion Laboratory in Pasadena, California, told reporters on Monday.
Scientists suspect Ceres may have had an underground ocean early in its history that later froze. Europe’s Herschel telescope last year detected water vapor around Ceres, a clue that impacting bodies may periodically send plumes of watery material shooting into space. Dawn will try to confirm those findings.
The mission, which is costing NASA about $473 million, is the first to include stops at more than one extraterrestrial body.
Dawn is outfitted with an ion electric propulsion engine, which requires far less fuel that traditional chemical engines.
The spacecraft was designed and built by Orbital ATK <OA.N>.
No new pictures of Ceres are expected until April when Dawn will be able to see the sunlight side of its new home.