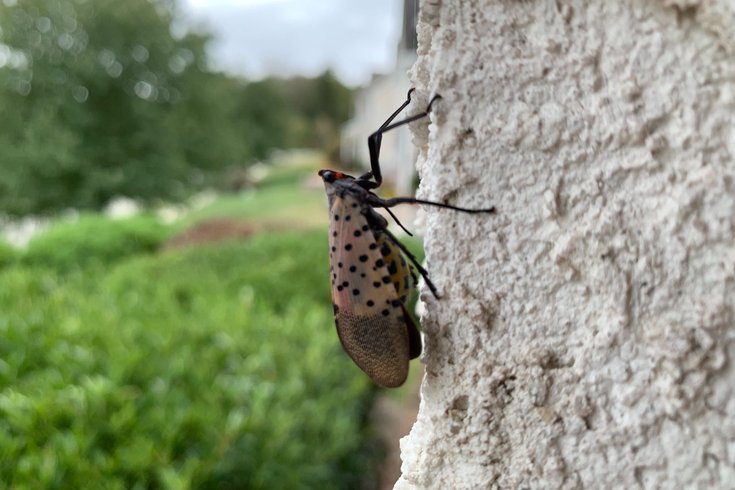 Maddie Sofia, host of 'Short Wave' podcast, talks with Dan Charles about his experience examining the spotted lanterfly up close in Allentown.

The spotted lanternfly mania that has (unfortunately) taken over eastern Pennsylvania is becoming a national story. NPR decided to explore the world of the invasive species on the "Short Wave" podcast with host Maddie Sofia.

Sofia sat down with NPR's Dan Charles in Wednesday's episode, and he told his story of investigating this growing insect community in Allentown. He was joined on this trip by Heather Leach, an insect expert at Penn State University.

Charles admitted he didn't see the laternflies right away, until Leach pointed them out — but once she did, he couldn't unsee them. (Shutters.)

Though the grossest, and yet annoyingly familiar thing, about Charles' report was his experience with their sugary excrement called honeydew. He mentioned feeling "little drops of moisture" that he described as "the pitter patter of light rain" before Leach explained that it was basically bug poop. (Always a pleasure, spotted lanternfly.)

Charles went into depth about the invasiveness of the insect and even the U.S. Department of Agriculture's research to thwart it using the lanterfly's natural predator, tiny wasps from China. Sofia called that plan, "unsettling and effective," to which we agree ... at least with the unsettling part.

But just how destructive this bug will be compared to other invasive insects – like the gypsy moth and brown marmorated stink bug – is still a bit unknown. "How the spotted lantern fly will stack up in the end, you know, it'll be interesting to see," Charles said.

You can listen to the NPR "Short Wave" podcast below.