Spotted lanternfly sightings up 500% in Pennsylvania, 1000% in parts of New Jersey 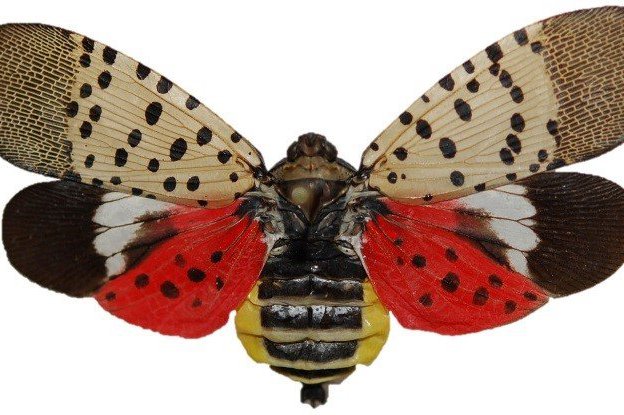 Sightings of the spotted lanternfly have increased around 500% in Pennsylvania and more than 1000% in parts of New Jersey so far in 2020.

Sightings of the local invasive species the spotted lanternfly are reportedly up significantly in New Jersey and Pennsylvania this year.

Spotted lanternflies are invasive as they cause damage to agricultural crops and other plants, and have cost the state of Pennsylvania millions of dollars to remedy their damage.

West Philadelphia claimed the first reported hatch of them in 2020 near the University of Pennsylvania and Drexel campuses.

There were 33,015 spotted lanternfly sightings in Pennsylvania between January and July of this year. During the same period of 2019, only 5,603 bugs were spotted.

Approximately 7,800 of the reports came from the Philadelphia area.

Certain Pennsylvania counties where many sightings have occurred have been asked to "quarantine" their zones to stop the spread of spotted lanternflies. There are now 26 counties under such an order.

In New Jersey, reports have increased more than 1,000%, even though the bug had not been seen in the state until 2018. Sightings have typically occurred in the quarantined counties of Burlington, Camden, Gloucester, Salem, Somerset, Mercer, Hunterdon and Warren.

Spotted lanternflies were first sighted in Berks County, Pa in 2014 and then spread out to other counties in Southeastern Pennsylvania. The bugs can lay dozens of eggs each time they reproduce, ensuring the species' rapid spread.

Billy Penn reported that the reason behind the increase in sightings reported in New Jersey in Pennsylvania this year is unclear.

Experts are unsure if more sightings are being made due to a more reproductive season for the bugs, or if locals have more outdoor leisure time due to coronavirus quarantine.

Pennsylvania and New Jersey residents are asked to kill the bugs if they are sighted, and then to report that sighting to the state.