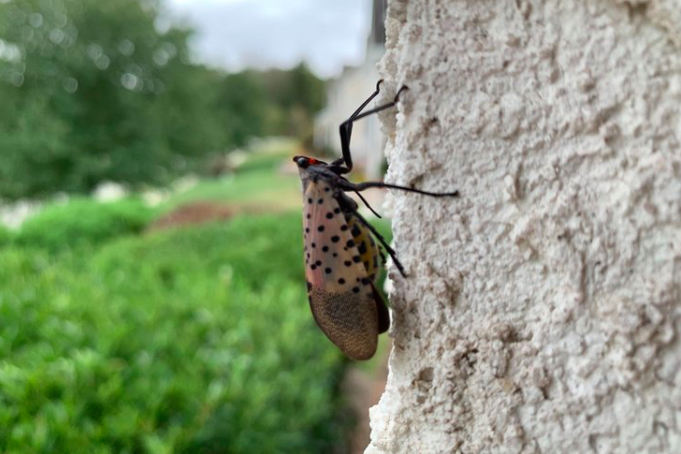 Twenty-six counties in Pennsylvania are now under quarantine to combat the spread of the invasive spotted lanternfly, whose presence threatens an agricultural and economic disaster across the state.

A winter break from the scourge of the spotted lanternfly is coming to an end in Pennsylvania.

The state Department of Agriculture has expanded the quarantine zone for the invasive species by an additional 12 counties, bringing the total up 26 as the insect's reach spreads westward.

With the 2020 spring hatch just around the corner, state officials imposed the new quarantine zones as a defensive measure. The new dozen counties, while not completely infested, have several municipalities with a known infestation.

"The Spotted Lanternfly is more than a pest in the literal sense," said agriculture secretary Russell Redding. "It's wreaking havoc for home and business owners; kids who just want to play outside; Pennsylvania agriculture and the economy of the state we all call home. Whether you think it's your job or not, we need every Pennsylvanian to keep their eyes peeled for signs of this bad bug – to scrape every egg mass, squash every bug, and report every sighting. We need to unite over our hatred for this pest for our common love: Pennsylvania."

Native to Asia, the spotted lanternfly was first discovered in the United States in Berks County, Pennsylvania, in 2014. It has since spread to parts of Maryland, Delaware, New Jersey and Virginia.

While the insect prefers feasting on the sap of the tree of heaven, it also threatens vital crops in Pennsylvania's nursery, hardwood, tree fruit and grape industries, which account for about $18 billion of the state's economy.

When lanterflies weaken crops, they leave behind a sugary excrement called honeydew, which promotes growth of a mold that further harms agriculture and attracts other insects.

A recent Penn State study estimated that the infestation could cost the state $50 million annually and shed an estimated 484 jobs per year.

Eradication of the spotted lanternfly is expected to take years and could rely on a number of methods, from the use of fungi to the possible introduction of native predator wasps.