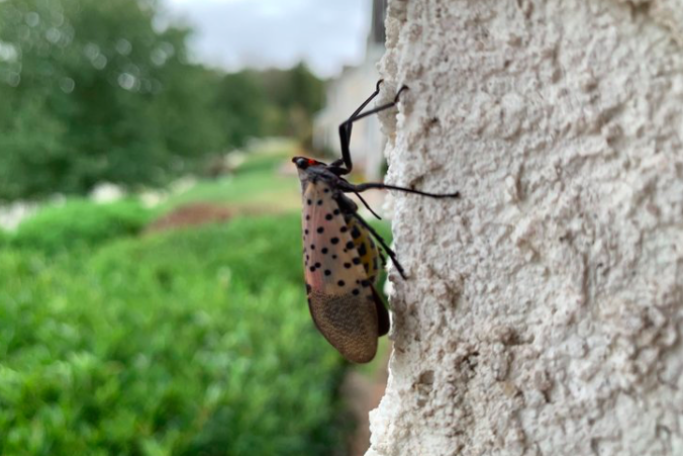 The invasive spotted lanternfly could cost Pennsylvania up to $50 million annually as a result of agricultural destruction in various parts of the economy. In West Philly, a confirmed hatch is the state's first of the year, officials said.

Pennsylvania's coronavirus crisis soon could be compounded by the return of a familiar menace — the spotted lanternfly.

The state Department of Agriculture warned that this year's first confirmed hatch of the invasive species took place in West Philadelphia, near the campuses of the University of Pennsylvania and Drexel University.

"Let's use this time at home to make a positive impact on Spotted Lanternfly this season; scrape and destroy any remaining egg masses you find and band your trees," Agriculture Secretary Russell Redding said. "We need every Pennsylvanian to keep their eyes peeled for this bad bug. We can't let our guard down."

Scraping egg masses is considered the most efficient way to get ahead of the surge. People who spot these masses can scrape them off using a putty knife, credit card or other firm, blunt edged tool.

Banding trees refers to wrapping trunks with a non-toxic sticky material, either homemade or commercially available, to help manage the population of the destructive insects. It is most effective during the insect's nymph stage.

The earliest annual spotted lanternfly hatches occur in southern Pennsylvania in mid to late April before making their way north. Those that hatch will instantly seek tender plant tissue to feed.

Native to Asia, the spotted lanternfly was first discovered in the United States in Berks County, Pennsylvania, in 2014. It has since spread to parts of Maryland, Delaware, New Jersey and Virginia.

While the insect prefers feasting on the sap of the tree of heaven, it also threatens vital crops in Pennsylvania's nursery, hardwood, tree fruit and grape industries, which account for about $18 billion of the state's economy. They are capable of destroying grape vineyards and damaging fruit orchards, hops, walnuts, hardwoods and decorative trees.

Eradication of the spotted lanternfly is expected to take years and could rely on a number of methods, from the use of fungi to the possible introduction of native predator wasps.

Last month, Pennsylvania expanded its spotted lanternfly quarantine zone to 26 counties, adding the new territory as a defensive measure where minor infestations have been reported.