Coyote-Wolf hybrids have evolved to survive in forests, prairies and even cities 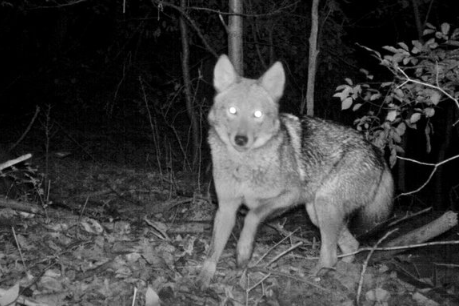 Over the course of the past two centuries, a slow but sure transformation – aided by the growth of human civilization – has led to the creation of a hybrid canine species that is rapidly expanding in the Northeast United States.

Biologists believe the "coywolf," an interbreeding of coyotes, wolves and dogs, originated in southern Ontario when desperate wolves began to breed with their canine counterparts, The Economist reports. With deforestation and hunting, a clearance was opened for wolves to interact with prairie-dwelling coyotes and dogs owned by farmers who replaced wooded habitats.

In present times, the result is a fierce predator that can hunt in all terrain, including cities, and reproduce at an astonishing rate. While most interbreeding winds up with inferior offspring, coywolves now number in the millions, according to Roland Kayes, a biologist at North Carolina State University.

Experts have not formally classified the canines as a new species, but one member of the Massachusetts National Park Service, Jonathan Way, believes the morphological and genetic divergence from its ancestors now qualifies that distinction, rooted in a concept created by human beings.

Bolstered by DNA inherited from dog breeds like Doberman Pinschers and German Shepherds, coywolves possess greater strength and agility. Larger jaws, denser muscle mass and speedier legs enable them to hunt small deer, while packs of them can take down a moose.

By following railroad trails and shifting to a nocturnal lifestyle, coywolves have entered U.S. cities for at least the past decade. The Gotham Coyote Project counts 20 in New York City, primarily in the Bronx, and they're known to exist in Washington and Boston as well. The New York Times reported in a March on a coyote detected by motion-sensor in Pugsley Creek Park.

A 2010 study of 700 coyote skulls from Pennsylvania and New York confirmed the presence of Wolf DNA in the population at large, proving that Canada's wolves gradually hybridized as the species' territories converged.

Earlier this year, officials warned of a coyote sighting in Montgomery County, but there doesn't appear to be any public record of coywolf sightings in Philadelphia.

If you see a strange dog prowling at night in the city, and it happens to be in distress, listen for the bark, which combines the howling of a wolf with the yipping of a coyote.