Demolition of St. Laurentius Church in Fishtown could begin Tuesday

The Catholic church built in 1882 has been closed due to safety concerns since 2014. Developers hope to build a 49-unit apartment building on the site 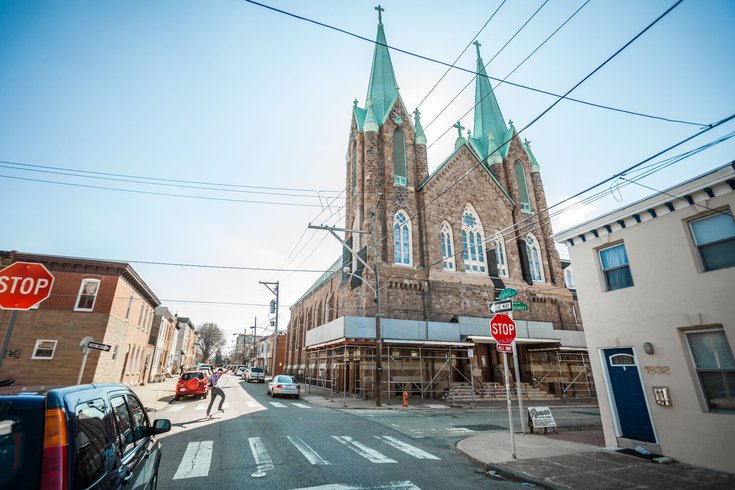 The demolition of the iconic St. Laurentius Church in Fishtown could begin as soon as Tuesday. The structure built in 1882 has been vacant since 2014 due to safety concerns.

For nearly a century and a half, the St. Laurentius Church’s twin spires have towered over Fishtown and defined the neighborhood’s skyline.

But the building on Berks and Memphis streets will soon be demolished due to safety concerns, a process that could start as soon as Tuesday.

Philadelphia’s Department of Licenses and Inspections will conduct a safety inspection today to determine whether the process can begin, CBS News reported.

It would start with workers disassembling the Catholic church’s 150-foot-tall spires by hand, a painstaking task that could take as long as two months.

This is to ensure the demolition doesn’t create any safety risks for the densely-populated neighborhood or the students down the street at the parish’s school, where classes begin in less than a month.

The structure was built in 1882 with funds raised mostly by Fishtown’s Polish American community.

The church announced the demolition in 2015 after an engineer determined the building was no longer safe. The parish had already merged with neighboring Holy Name of Jesus Parish in 2013.

For years, neighbors said parts of the building’s elaborate stonework have been crashing to the ground.

"This past winter a lot of the bricks were coming down and our houses were shaking,” Fishtown resident Margaret Ann Ramsey told 6ABC. “There was a lot of noise.”

The structure was put on Philadelphia’s historic register in 2015 and developer Leo Voloshin bought the building with plans to convert it into apartments. But he was met with resistance in the community and ultimately sold the structure.

The next owner also planned to save the building, but ultimately determined the old church was too far gone. The Philadelphia Historical Commission voted to approve the demolition in 2020.

Although the lot’s future is still up in the air, there are plans to build an eight-story building with 49 apartments.