The new structure will consist of 49 apartment units, 17 bicycle stalls and 15 automated parking spots for vehicles 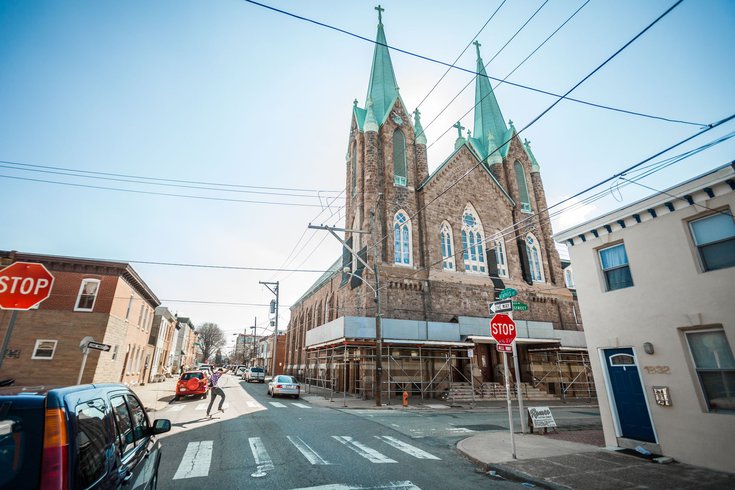 The Fishtown site where St. Laurentius Catholic Church has stood for 140 years will soon be transformed into an apartment complex after the historic landmark is demolished.

The Philadelphia Department of Licenses & Inspections issued a zoning permit Wednesday for the construction of an eight-story, 49-unit residential building at 1600 E. Berks St.

The 49 multi-family residential units will span all eight floors of the 45,000-square-foot structure, according to project blueprints. The site will also have 17 bicycle stalls and 15 automated parking spots for vehicles on its basement and first floors.

The city issued a demolition permit for the church in September after years of back and forth over how to best preserve and redevelop the former house of worship.

St. Laurentius was originally built by Polish immigrants in 1882, but the church has been closed since 2014 after engineers hired by the Archdiocese of Philadelphia deemed the building unsafe. The church's parish had already merged with neighboring Holy Name of Jesus Parish in 2013.

The brownstone church was designated a historical site by the Philadelphia Historical Commission in 2015 as part of an effort to keep the building from being torn down by the archdiocese. The city's historic designation comes with strict criteria that typically protects buildings from demolition efforts, unless a structure is at risk of collapse.

Local developer Leo Voloshin at one point planned to redevelop the church into a 23-unit apartment complex while preserving the 19th century building's historic exterior. However, his development plans never came to fruition after local groups pushed back against his efforts.

The church was purchased in 2020 by New Jersey real estate developer Humberto Fernandini, who decided to pursue demolition of the entire structure. Fernandini received pre-approval from city officials in July after L&I mandated that he justify the demolition of the historically-protected façade.

The structural engineer's report submitted by Fernandini concluded that the risk of a potential collapse and the proximity of occupied properties meant that the building's façade should be demolished too.

The Historical Commission said in August that the façade could only be taken down to protect public safety, but that Fernandini would be required to rebuild the façade as part of any future construction.

The church will be demolished almost entirely by hand under the watch of an on-site engineer, according to the demolition permit issued in September. L&I will also conduct a series of inspections to confirm compliance with the permit.