Anthony Nero, 48, admitted he fired three rounds at the building over stress caused by the pandemic and 2020 election 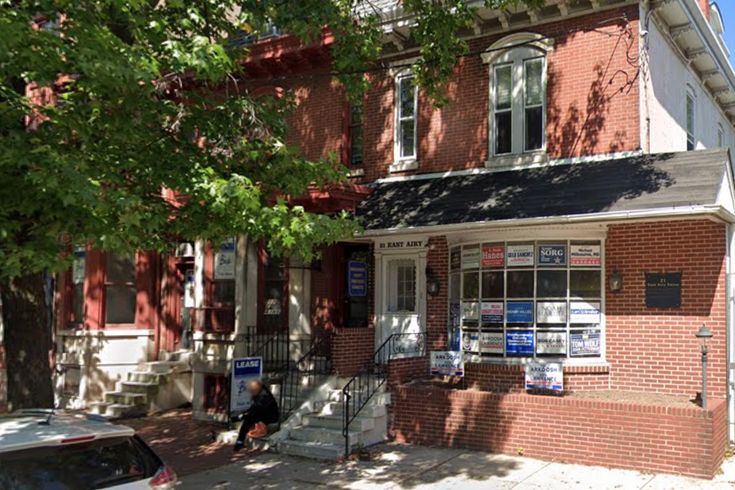 The Montgomery County Democratic Committee's office. Norristown's Anthony Nero, 48, pled guilty to shooting at the office in January 2021 after he sent an email threat in the hours before President Joe Biden's inauguration.

An Eagleville resident pled guilty to committing a Jan. 2021 shooting that occurred at the Montgomery County Democratic Committee office on Wednesday.

The U.S. District Attorney's office announced in a press release that Anthony Nero, 48, conceded that the charges leveled against him – sending threatening communications and cyberstalking – were true.

On Jan. 20, Nero drove to the Norristown office on East Airy Street with his .45 caliber pistol and shot at the building three times. Nearly two weeks before, he sent an email to the Montgomery County Democratic party threatening it with “random acts of violence," advising it to "beef up security."

Luckily, the incident occurred at some point around 12:30 a.m. when the building was unoccupied. Upon arriving later that morning, party officials discovered the three bullet holes in their front windows.

Nero admitted to the crimes during a February interview with Norristown Police and the FBI after first denying any involvement. He said the stress of the pandemic shutdowns and the outcome of the 2020 presidential election led him to do it.

Investigators were able to determine that two casings found at the scene came from Nero's firearm. He was arrested in March and has been in federal custody since then.

U.S. Attorney Jennifer Arbittier Williams said the incident easily could have led to an injury or a death.

“Threatening violence is bad enough – but then, Anthony Nero carried out his threat and fired multiple gunshots into the MCDP office,” said Jacqueline Maguire, the special agent in charge of the FBI’s Philadelphia Division. "Nobody should have to fear becoming the target of reckless violence.”

Nero is scheduled to be sentenced on April 14 and faces a maximum of 15 years in federal prison along with a $500,000 fine.