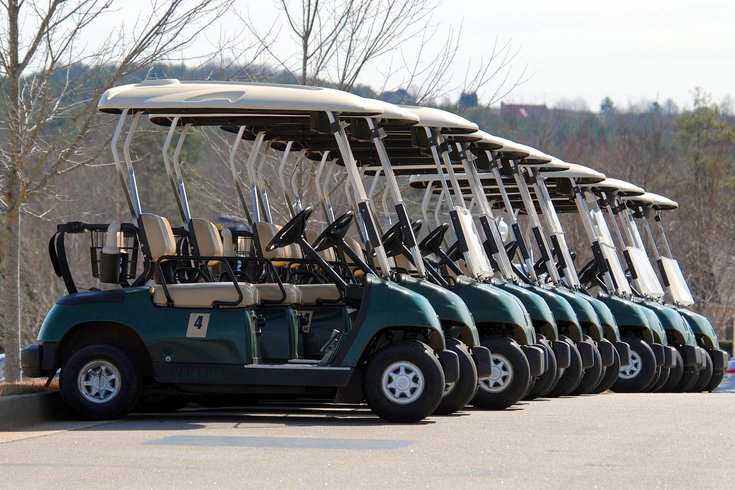 A man driving a golf cart was killed in a collision with a car at Loch Nairn Golf Club in Chester County on Saturday.

A golfer at Loch Nairn Golf Club was killed Saturday night in a collision with a car on Church Road in West Marlborough Township, authorities said.

The man was driving across Church Road, near McCue Road, when the collision occurred around 8 p.m. He suffered fatal injuries after he was ejected from the cart. He died at the scene.

The man, who was in his 20s, has not been publicly identified.

Authorities did not provide information about the other vehicle and did not say whether the driver was injured. Church Road was shut down in the area of the crash during the investigation Saturday night.

Loch Nairn Golf Club was designed and constructed in 1979, about five miles south of Longwood Gardens in Southern Chester County. The public course is known for its water holes that span the former lowland farm and an assortment of trees that were planted to line the fairways.

There were 130 fatalities related to golf cart operations on public roads in the U.S. from 2013-2018, according to the Fatality Analysis Reporting System of the National Highway Traffic Safety Administration.

Though it's not uncommon for golf courses to be split by roadways, requiring golfers to cross streets used by motorists, retirement communities, resorts and some towns increasingly view golf carts and low-speed vehicles as viable methods of local transportation. They are typically prohibited on state and federal highways, but are allowed on public streets in many local areas.

Golf carts are a common source of injuries, though most are caused by rollovers and accidents that stem from braking. The carts often lack safety features including belts, doors, mirrors and lights.

A 2020 study by the Journal of Safety Research found that children are more than three times as likely as older adults to suffer traumatic brain injuries in accidents while riding a golf cart. Injury rates to older adults also have increased significantly over the last decade.

"Despite the high rate of injuries there have been no meaningful changes in golf cart design or legislation to reduce the overall burden of these injuries," the researchers wrote.