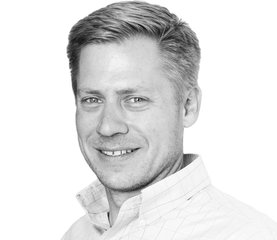 Jon Tuleya is managing editor of curation. Jon was the assistant city editor for the past six years at the Delaware County Times. Previously, he was a web news editor for NBC10.com and a staff writer for the Daily Local News in Chester County and the South Philadelphia Review. His reporting has been recognized by the Society of Professional Journalists, the Pennsylvania Newspaper Association and the Philadelphia Press Association.

Jon holds a biology degree from the University of Delaware.

Join the Philadelphia Eagles in Minneapolis for the Super Bowl and sample some excellent craft beer from breweries along the way.

Then and now: a historic look at Philadelphia's ballparks

In Philadelphia, the long history of professional baseball has had a cast of characters – some good, some bad – with the Phillies, Athletics and others. Below are photos of some of the ballparks and stadiums where the game has been played in the city.

Beer nerds and a science geeks have an opportunity to combine their passions.

The time-stamped trail created by Facebook has cost a Pennsylvania woman the chance to sue the doctors who misdiagnosed her Lyme disease, a state court has ruled. The nine-judge panel of the Pennsylvania Superior Court found plaintiff Nancy Nicolaou had missed the two-year window to file the malpractice claim against the physicians with the St. Luke's University Health Network who initially treated her.

Drexel University has responded to a tweet by one of the university's professor advocating a "white genocide," calling the posting "utterly reprehensible" and "deeply disturbing." Associate Professor George Ciccariello-Maher posted the tweet shortly before 11 p.m. on Christmas Eve. It read: "All I Want for Christmas is White Genocide."

Court documents seeking a recount in Pennsylvania's presidential election paint an unflattering picture of the state's voting system, calling it a "national disgrace" that uses "vulnerable, hackable, antiquated technology," but offer no specific evidence the results of the Nov. 8 election were hacked.

WATCH: 'Morons' kill a tree to steal a bike in Fishtown

The search is on for two thieves seen in surveillance video sawing down a tree in Fishtown in order to steal a bike that had been locked to its truck.

FBI agents were back Reading City Hall on Tuesday, questioning employees and reviewing a contract the city has with a Chester County towing company.

Video recorded then posted online captured audio of about 20 gunshots being being fired during a street race in Southwest Philly early Sunday morning.
previous Page 2 of 8 next