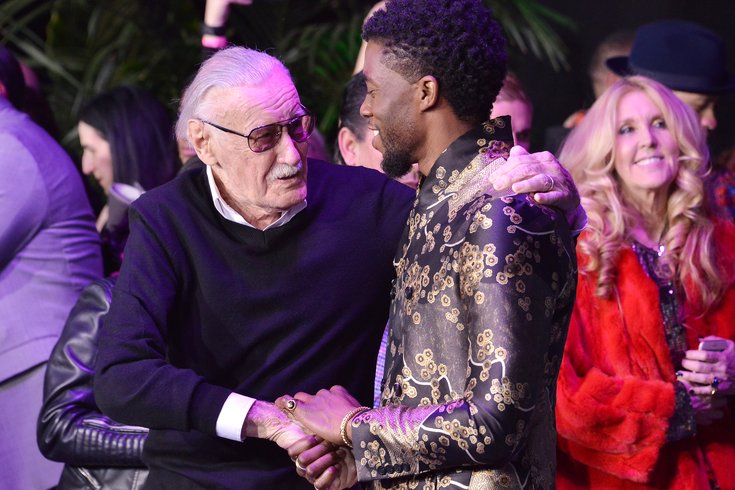 Born Stanley Martin Lieber on Dec. 28, 1922, in New York City, his creative artistry is responsible for many of the beloved characters in the Marvel Universe including Spider Man, Black Panther, The Incredible Hulk, X-Men, Ant Man, Iron Man, and The Avengers. He became an advocate for the comic book company, even moving to Los Angles in 1980 to bring his world to TV and film.

The superhero stories and characters that Lee championed would grow to become superstar films, making more than $24 billion worldwide as of April 2018. Lee's cameo appearances in the Marvel films also became a beloved tradition, and Chris Ryons from Atomic City Comics, 638 South St., doesn't think his memory will ever fade from the franchise.

"You're going to see a lot of tributes going forward for Marvel," he said. "You’ll probably see him in pictures or billboards or something like that. Keep something going, as a remembrance, because he’s one of the greats."

Fans and Hollywood flooded social media on Lee's passing, including the some of the stars of the Marvel movies, like Ryan Reynolds (Deadpool), Edgar Wright ("Ant Man," director), Chris Evans (Captain America), and Zoe Saldana ("Guardians of the Galaxy").

Many of them adding, "Excelsior!" to the end of their tributes, in honor of Stan's infamous and trademarked catchphrase from his former monthly 1960s comic book column, "Stan's Soapbox."

Damn... RIP Stan. Thanks for everything. pic.twitter.com/TMAaDJSOhh

Stan Lee, RIP. Thanks for inspiring so many of us to pick up a pen or pencil and put your dreams onto paper. Excelsior! pic.twitter.com/L33eTjUQdI

There will never be another Stan Lee. For decades he provided both young and old with adventure, escape, comfort, confidence, inspiration, strength, friendship and joy. He exuded love and kindness and will leave an indelible mark on so, so, so many lives. Excelsior!!

Today we lost one of the greats. @TheRealStanLee, you were a inspiration and superhero to us all. Thank you for contributing so much- and giving us all something to aspire to! 💚
#ripstanlee pic.twitter.com/GzFhwgU0WA

He changed the way we look at heroes, and modern comics will always bear his indelible mark. His infectious enthusiasm reminded us why we all fell in love with these stories in the first place. Excelsior, Stan.

The U.S. Army also paid its respects to the former soldier, adding, "Lee served in the #USArmy Signal Corps during WWII from 1942-1945. We are deeply grateful for his service to our country and for his tremendous support to servicemembers. #Excelsior!"

Comic book creator @TheRealStanLee has passed away at the age of 95. Lee served in the #USArmy Signal Corps during WWII from 1942-1945. We are deeply grateful for his service to our country and for his tremendous support to servicemembers. #Excelsior! pic.twitter.com/P9tdwoxxx2

Questlove was among those saddened by the news. Seth Rogen gave a heartfelt thanks to Marvel's co-creator, tweeting, "Thank you Stan Lee for making people who feel different realize they are special."

Thank you Stan Lee for making people who feel different realize they are special.

"He hasn’t been much of a creator on Marvel for years but the impact (of his death) will be felt for a long time to come," Ryons said. "He was a legend and really helped to push the medium forward. We are definitely sad to see him go. He left a great legacy. Creators, artists and writers will have big shoes to fill going forward.”