The reported case originated from the coffee shop's location at 1490 Blackwood Clementon Rd. in Gloucester Township

By Pat Ralph
PhillyVoice Staff
Illness Hepatitis A
from 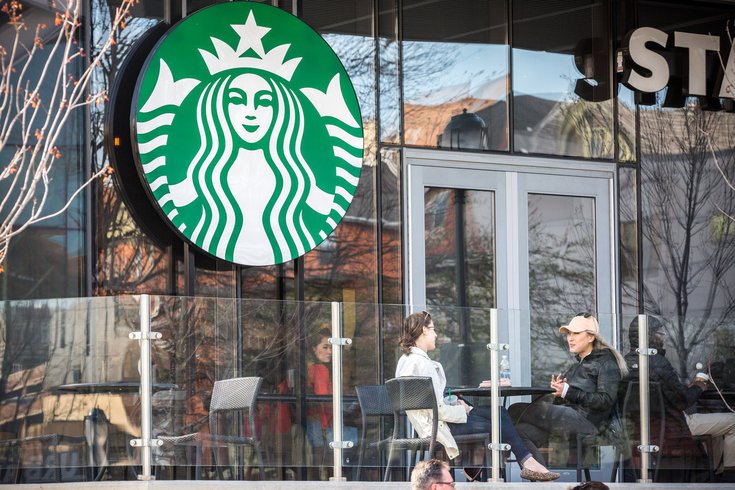 Starbucks customers who visited the coffee shop's location at 1490 Blackwood Clementon Rd in Gloucester Township on Nov. 4, 5, 6, 11, 12 and 13 are urged to get vaccinated against hepatitis A.

Starbucks customers who recently visited the coffee shop's location at 1490 Blackwood Clementon Rd. in Gloucester Township are strongly recommended to get vaccinated against hepatitis A, after an employee tested positive for the illness this week.

Camden County health officials said Thursday that they received notice of a positive infection Wednesday from a health provider.

The infected employee, whose name has not been released, was identified as a food handler and continued to work at the Starbucks after contracting the virus, health officials said.

The health department's food surveillance team found no evidence of food safety violations after inspecting the shop. The Starbucks was subsequently shut down and did not reopen until all employees received the hepatitis A vaccine.

The infected employee is not working, and close contacts have been identified, health officials said. An investigation into the potential hepatitis A outbreak is ongoing.

Customers who visited the Starbucks on Nov. 4, 5, 6, 11, 12 and 13 are urged to get vaccinated against hepatitis A in order to reduce the risk of falling ill. Anyone who believes they may have been exposed to the virus should get vaccinated as soon as possible, but no more than 14 days after possible contact, health officials said.

The county health department has set up a hepatitis A vaccine clinic for Friday and Saturday at the Camden County Sustainable Facility at 508 Lakeland Rd. in Blackwood. The clinic will be open Friday from 3-7 p.m. and Saturday from 9-11:30 a.m. Appointments are available on a first come, first serve basis.

“The county health department has been working closely with the patient and the staff at the Starbucks to address the situation,” Camden County health officer Paschal Nwako said. “Our highest priority is ensuring everyone involved remains safe and healthy."

Hepatitis A is usually spread when a person touches food or other objects after not thoroughly washing their hands in the restroom. A person can become infected after digesting even just a small amount of food that has been contaminated by fecal matter.

Symptoms usually occur 2-4 weeks after exposure, but children ages six and under who contract the disease typically show little to no signs of the illness.

Signs of a possible infection include fever, fatigue, loss of appetite, nausea, vomiting, abdominal discomfort, dark urine, clay-colored bowel movements, joint pain, jaundice and liver inflammation. Symptoms can either be mild and last a few weeks or severe and stick around for several months.

International travelers, people experiencing homelessness and drug users are at an increased risk of infection, according to the CDC. Those who have chronic liver disease or HIV are at a higher risk for contracting severe cases of the virus.

Outbreaks resulting from person-to-person contact have occurred in the U.S. over the last five years, resulting in thousands of cases. More than 12,000 infections were reported in 2018, but the actual number was likely closer to 25,000 because some people were never diagnosed.

Overall, cases in the U.S. have declined over the last 25 years after the hepatitis A vaccine was first introduced in 1996.

Philadelphia experienced a massive hepatitis A outbreak in 2019. Hundreds of people were infected by the disease, forcing the city to declare a public health emergency.