For some people, a thrombectomy can be successful up to 24 hours after symptoms begin, a new study shows 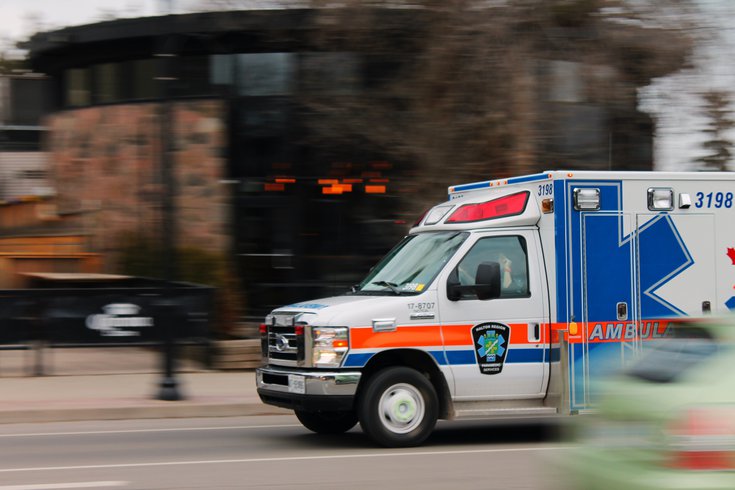 Time is of the essence when a person suffers a stroke. But thrombectomies, a life-saving procedure, may not be as time-sensitive as previously believed, according to research published by The Lancet.

Mechanical thrombectomy, a minimally invasive procedure to remove clots in larger, blocked blood vessels in the brain, has been around since 2004. But until several years ago, the vast majority of medical centers only used it to treat patients within six hours of symptom onset.

Now, new research confirms that the time window in which it can be successfully performed is a lot longer than previously thought.

Dr. Tudor Jovin, medical director of the Cooper Neurological Institute at Cooper University Health Care, was among a panel of stroke experts that examined the effectiveness of the procedure when administered 6-24 hours from stroke onset. Their findings were published in The Lancet.

During an ischemic stroke, a blood vessel that delivers oxygen and nutrients to the brain is blocked by a clot. Brain cells cut off from its blood supply die, leading to life-threatening damage. This damage grows over time, spreading to more areas of the brain and affecting the patient's ability to recover. That is why timing of treatment has always been considered so important.

During medical thrombectomy, a device is slid through a small incision in the groin or wrist to remove the blood clot, Jovin explained. This is the same principle as a stent, except a stent is a tube that remains in the blood vessel to keep it open.

The procedure mostly had been restricted to stroke victims who presented within six hours of experience symptoms until recently.

That timing also seemed to correlate with the window that was most successful for a drug called tissue plasminogen activator, or tPA, which has to be administered within 4.5 hours of symptom onset. Blood thinners and antiplatelet medications also are often given as part of treatment for stroke.

Earlier treatment was always considered better, but it turns out that brain damage does not progress at the same rate in everyone, Jovin said. For some people, it accumulates quickly, so the blood clot needs to be removed as early as possible.

However, in patients that Jovin called "slow progressors," there is an extended period of time beyond the six-hour mark when there is still salvageable brain tissue. For these patients, the procedure could still be beneficial up to 24 hours after symptom onset.

Two previous studies, the DAWN and DEFUSE 3 trials, found that thrombectomies could produce positive results when performed beyond the initial six hours if advanced imaging, such as MRIs and CT-perfusions, identified salvageable brain tissue.

The findings of those studies were published in the New England Journal of Medicine in 2018. Still, Jovin said a lot of questioned remained.

For one, could simpler imaging be used by smaller community hospitals to detect salvageable brain tissue? And, do patients reap the same benefit at seven and 24 hours after symptoms begin? It also was unclear whether the mode of stroke discovery played a role in determining the patients that most benefit from a thrombectomy.

And because most of the patients in the two trials were actually randomized to the early time window, it was still unclear whether thrombectomy worked beyond the initial six hours of symptom onset.

This latest analysis, by Jovin and his colleagues, confirmed that the later time window is still effective for certain patients by focusing on those who fell beyond the initial six-hour window. And it addressed many of the lingering questions.

The researchers found that patients with reversible brain damage who received a thrombectomy within 6-24 hours of experiencing stroke symptoms had less disability than if they were treated with medication alone.

These findings stayed true across all ages, genders and methods of symptom discovery – upon awakening from sleep or witnessing the symptoms when they first occurred.

For every 100 patients given a thrombectomy, 33 will be less disabled than if they only had received medication, the researchers estimated. Another 27 patients will be able to function independently within 90 days. And there was no increased safety concerns.

Jovin stressed that this doesn't mean that the patients treated later had better outcomes. Rather, it shows that patients who presented in the late window – but who only were treated with medical therapy – had worse outcomes.

Even in patients who were not eligible for the procedure, based on advanced imaging, showed signs that they could benefit from thrombectomies. That opens up the possibility that simpler imaging methods can be used to determine eligibility, Jovin said.

The study's findings also raised the question of whether the procedure could be successfully used beyond the initial 24 hours. Jovin said any derived benefits are due more to the presence of salvageable brain tissue – not from an arbitrarily picked time window.