This spring festival is the next best thing to Oktoberfest 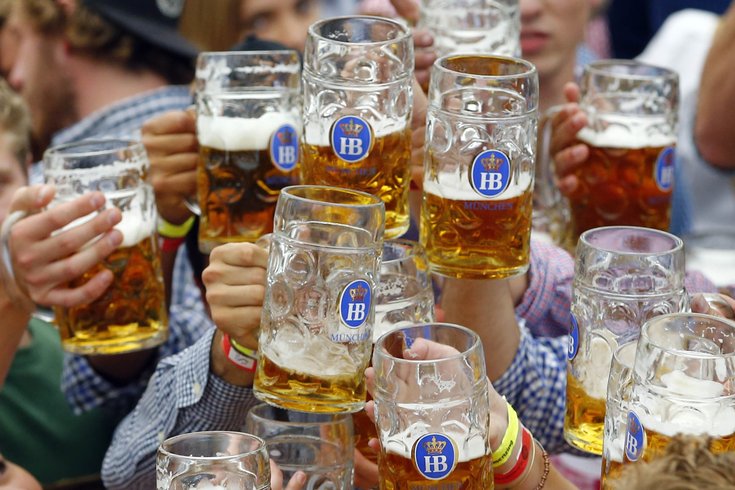 Oktoberfest and StarkBierfest are both beer festivals celebrated in Munich, Germany.

The bad news for German bier fans is that Oktoberfest is still months away. The good news is that StarkBierfest, the second biggest beer festival in Munich, is quickly approaching.

Even better news is that South Philly's Brauhaus Schmitz is celebrating with it's own StarkBierfest, beginning March 24.

During the weekend festival, the German bierhall will feature 15 German beers. Many will be dark-colored brews, since StarkBierfest can also be referred to as the Strong Beer Fest in Munich.

According to Brauhaus Schmitz, the festival's origin has Catholic ties. During lent, when monks were fasting, they brewed dark beer (since it was stronger in calories) to use as a substitute for food.

Expect to see these beers at the event:

Kristallweizenbock will be tapped on Friday, March 24 at 7 p.m.

The restaurant will also be decked out in black and gold for the occasion and will offer a special festival menu. Make sure to look for goats (Yes, real goats!) on Saturday, March 25, too.

Tickets are $15 online or $20 at the door. The price includes a ceramic 10-ounce Brauhaus Schmitz beer stein, a pretzel necklace and live entertainment.

When purchasing, choose which time of day to attend the festivities.