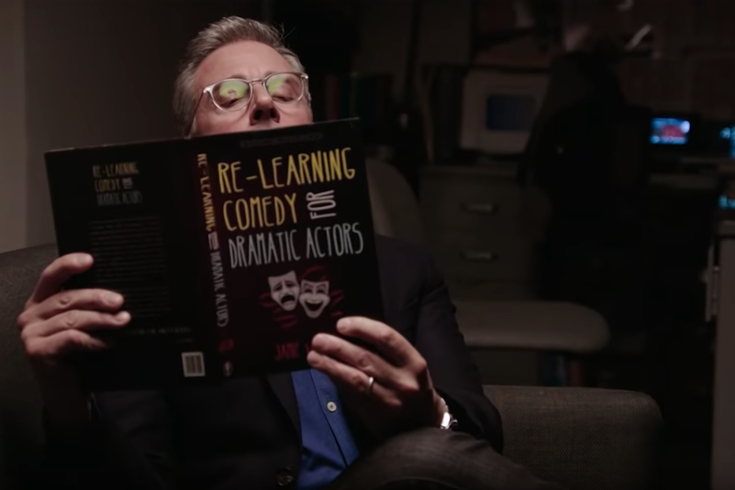 Carrell may have been originally known for his comedic skills for "The Office" and " The 40-Year-Old Virgin," but the actor has taken a much darker turn over the past few years and his most recent film, "Beautiful Boy," is no exception. The film, released on Oct. 12, follows a father's journey as he tries to save his son from his meth addiction.

As the two cast members and Carell sit together in an office, Bryant purports, "You're kind of like a serious actor now. Are you ready to do comedy again?”

Carrell just laughs it off and says, “Well, Aidy, I wouldn’t worry, because an actor prepares, and I am an actor.”

It cuts to a serious montage of Carell as he struggles to connect with his comedic skills. He writes jokes on a piece of paper, laughing one moment then screaming “No!” the next, ripping up the page right after. He works on his impressions in the mirror and is even seen reading a book titled “Re-learning Comedy for Dramatic Actors.”

After a compelling journey to rediscover his comedic roots, he waltzes into the room with Bryan and Redd and says that his “instrument is ready.”

The two are ecstatic because they have the perfect idea for him. “You would play Dr. Farts,” Redd mentions as Bryant nods enthusiastically, “But the cool thing is Dr. Farts can’t stop burping.”

Carell watches them seriously for a moment before laughing hysterically, “It’s good to be back."