Stolen remains of Philly native recovered by family in mourning 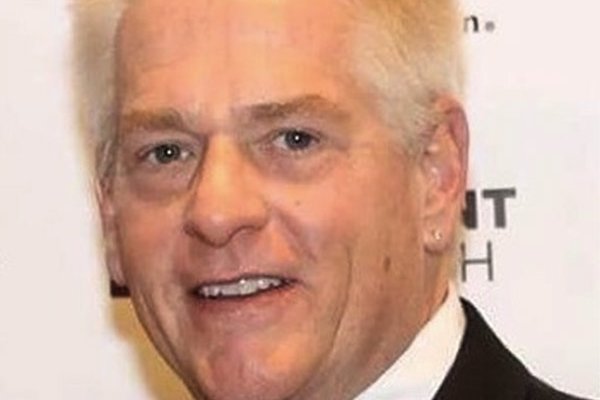 Joe Wilkinson of Mount Holly, N.C., a native of Philadelphia, an ardent Flyers fan and nature lover, died August 19, 2016. Last week, thieves stole his cremains out of a rental car in San Francisco, just days before his wife and daughter were to scatter his ashes among the redwoods of northern California.

A grief-stricken widower rejoiced Saturday night after hearing from police that the ashes of her late husband, a Philadelphia native who suffered a heart attack last August, had been recovered following a break-in last Wednesday at a San Francisco parking garage.

Mary Wilkinson and her daughter, Julia, had intended to spread Joseph Wilkerson's ashes among the redwoods at Muir Woods on Saturday, commemorating what would have been his 57th birthday. Their plans were derailed, unseen, while they dined Wednesday evening in the Fisherman's Wharf neighborhood of San Francisco, SFGate reports.

Despite police and 311 reports about the break-in, the Wilkinsons had been told it was highly unlikely that investigators would be able to respond to an individual incident such as theirs, which happened an average of 70 times a day in 2015.

The mother and daughter chose to visit the scenic woods without the ashes, still tormented by the cruelty of such a theft. As they emerged from the park, Mary received a call from police.

“She just said, ‘I just want to let you know we have your husband’s remains,’” Wilkinson said of the San Francisco Police Department lieutenant on the line Saturday evening. “And I just broke down and starting crying.”

Authorities said the ashes, secured in a metallic scattering tube wrapped in a velvet pouch, were "dropped off" at the station by an unidentified man who was not placed under arrest.

The Wilkinsons, who live in Charlotte, were told they could pursue a citizen's arrest in connection to the use of a stolen credit card, but other evidence remained inadequate to press charges. None of the remaining stolen items, all taken from the trunk of the Wilkinsons' car, were recovered.

Joseph Wilkinson died at the age of 56 on Aug. 19, 2016, after 31 years of marriage with Mary, with whom he had two daughters, Julia and Victoria. Many of his relatives continue to reside in the Philadelphia area and an obituary describes him as "still, no doubt, an avid Philadelphia Flyers fan."