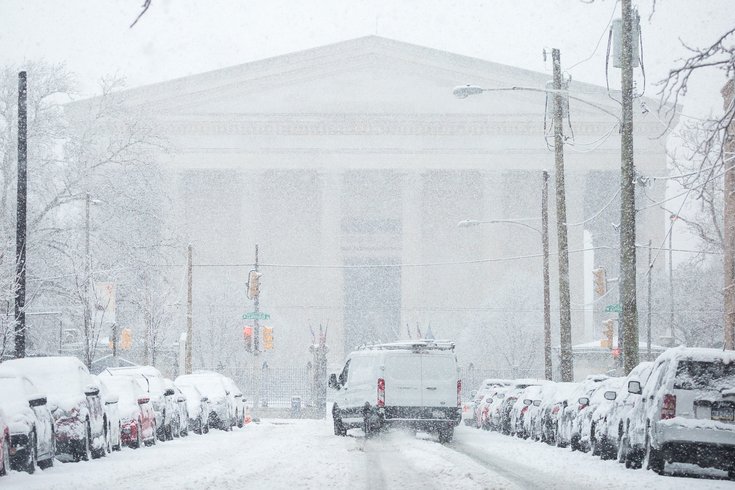 The weather wreaked havoc for people trying to get around Wednesday afternoon.

Local transit lines are working on modified schedules and riders continue to experience delays and service suspensions after a nor'easter brought snow, rain and cold temperatures to Philadelphia and the surrounding suburbs on Wednesday. Flights were canceled and road conditions quickly deteriorated before the afternoon rush.

The system, which moved out of Philly before 5 p.m., also left more than 200,000 customers without power in Southeastern Pennsylvania and South Jersey on Wednesday night.

PECO, which had reported early Wednesday morning that about 16,000 customers were still without power from the weekend nor'easter, saw outages rise through Wednesday. Around 6 p.m., nearly more than 117,000 customers had no electricity. The largest concentration of outages looked to be in Bucks County.

The utility was still reporting that about 98,600 customers were without power as of 8:35 p.m.

Commuters and motorists were dealing with increasingly worse travel conditions as the afternoon wore on.

SEPTA's Regional Rail trains are working on a Saturday schedule for the weather, and long delays have been reported throughout the day.

West Trenton service has resumed after a fallen tree blocking the rails prompted services to be suspended, while service along the Trenton line was also suspended due to Amtrak signal power problems. All Bryn Mawr trips on the Norristown High Speed Line have been canceled for the afternoon.

Passengers on the Paoli/Thorndale line were boarding on the outbound platforms between the Thorndale and Exton stations because of downed trees on the track earlier in the morning. Passengers are now being told to board at normal locations.

In addition, most of SEPTA's bus routes have been suspended until further notice. 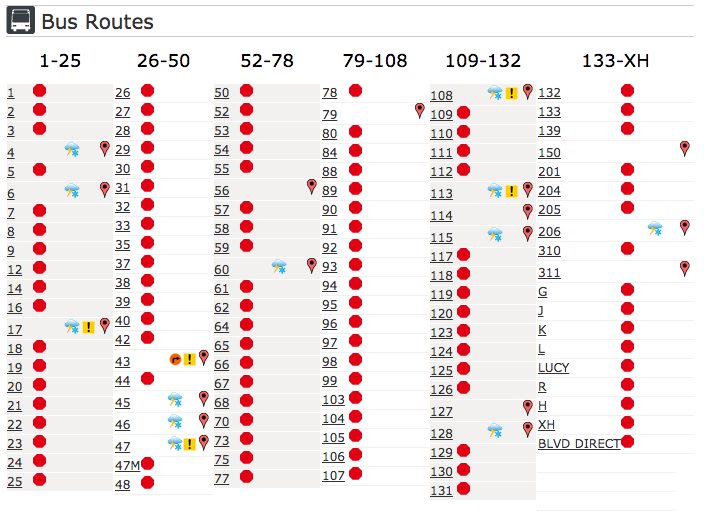 The majority of SEPTA's bus lines remained suspended as of 4:45 p.m. Wednesday. Suspended lines are shown with a stop sign indicator on this graphic provided on SEPTA's website.

Additionally, SEPTA spokeswoman Heather Redfern encouraged people to stay home if they can, and said the best options for transit were the Broad Street and Market-Frankford subway lines.

PATCO, which is operating on a modified snow schedule, has not reported any major delays.

Flights at Philadelphia International Airport were temporarily halted as of 3 p.m. as heavy snow continued to fall there. The airport announced around 4 p.m. that the snow was beginning to wind down and that flights headed to Philly were being kept at their points of departure. Travelers are being encouraged to check on their flight status.

PennDOT reduced the speed limit to 45 m.p.h. on the following highways:

Motorists on area highways also saw the effects of the storm.

As of 5:30 p.m., a crash was restricting traffic in the right and center lanes on the eastbound side of the Pennsylvania Turnpike between Willow Grove and Bensalem.

And downed trees with lane restrictions were reported Wednesday afternoon in the eastbound lanes of the Schuylkill Expressway, between the Girard Avenue and Spring Garden Street exits, and on I-95 southbound, just north of the Bristol exit.

And on the other side of the river, multiple accidents have been reported on the New Jersey Turnpike.

PennDOT is urging drivers to give plow trucks plenty of space and not to pass them while crews are out treating the roads and advise motorists to avoid driving during the storm. Road conditions can be checked here.  "Parking lot" conditions were described on local highways as crews worked to clear the steady, heavy snow.

Columbus Boulevard was closed earlier this morning between Market and Race because of flooding, although the water has since receded.