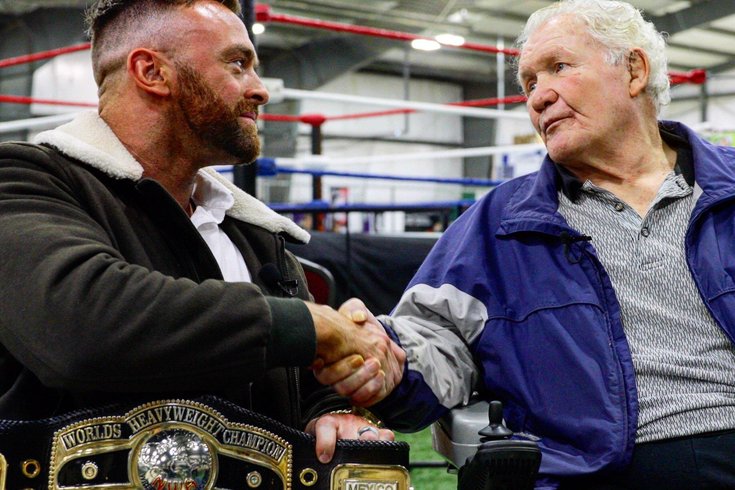 The current NWA Champion Nick Aldis and Harley Race sit down for one of Race's last public interviews on "Ten Pounds of Gold."

Another legend in the wrestling industry passed away, as Harley Race succumbed to complications from lung cancer on August 1.

Nick Piccone (@nickpiccone) and Vaughn Johnson (@VaughnMJohnson) begin this week's episode of The Straight Shooters with a look back at Race's legendary career.

The topic then shifts to All Elite Wrestling bringing their weekly television show on TNT to Philly on October 16. But they're not heading to the Wells Fargo Center, they're heading to the site of TNA's 2011 Bound For Glory pay-per-view spectacular... the Liacouras Center. Nick talks about why this sort of leaves a bad impression on him while Vaughn tries to make sense of it since, you know, AEW is a brand-new company and selling out large arenas probably isn't as easy as it seems.

Then the guys close out the show by previewing SummerSlam and NXT TakeOver: Toronto.