Findings show men also pack on some pounds with parenthood 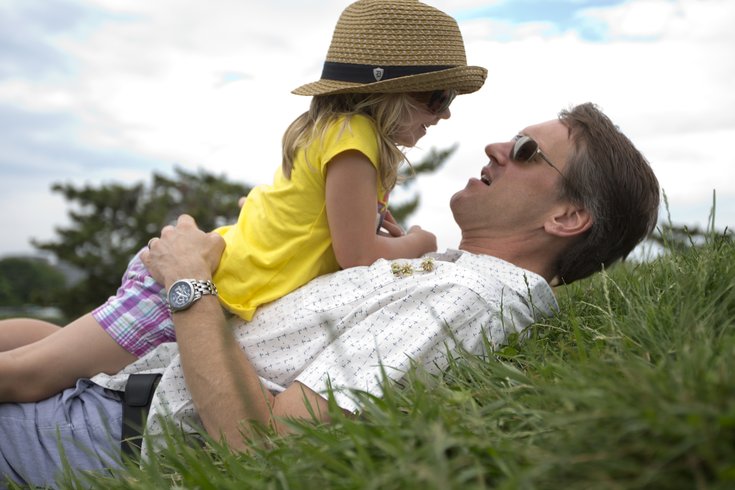 Norm Morin lends his hat to his daughter Zoe Morin, 4, as they play together at Gravelly Point Park on Father's Day, Sunday, June 16, 2013.

Women aren’t the only ones who have to worry about baby weight.

A new study led by Dr. Craig Garfield, a pediatrician at Northwestern University Feinberg School of Medicine, has used data to show that men, too, pack on some pounds with parenthood.

The study, published in the American Journal of Men’s Health, tracked the body mass index of 10,263 men from age 12 to about age 30 to determine body mass discrepancies of men with and without children.

Their findings: "Dad bod" is a real thing.

Of the more than 10,000 participants, those who had children gained an average of 4 pounds over the study period while those who remained child-free were associated with an average weight loss of 1.4 pounds for a 6-foot-tall man.

The researchers also found that it didn’t matter if the fathers lived with their children or lived separately, the "dad bod physique," - described as a “nice balance between a beer gut and working out” - remained.

“It’s a unique look at the influence that a social phenomenon, becoming a father, has on a biological marker, namely BMI,” Garfield told Time magazine. “It really plants fatherhood as a potential social determinant of health for men.”